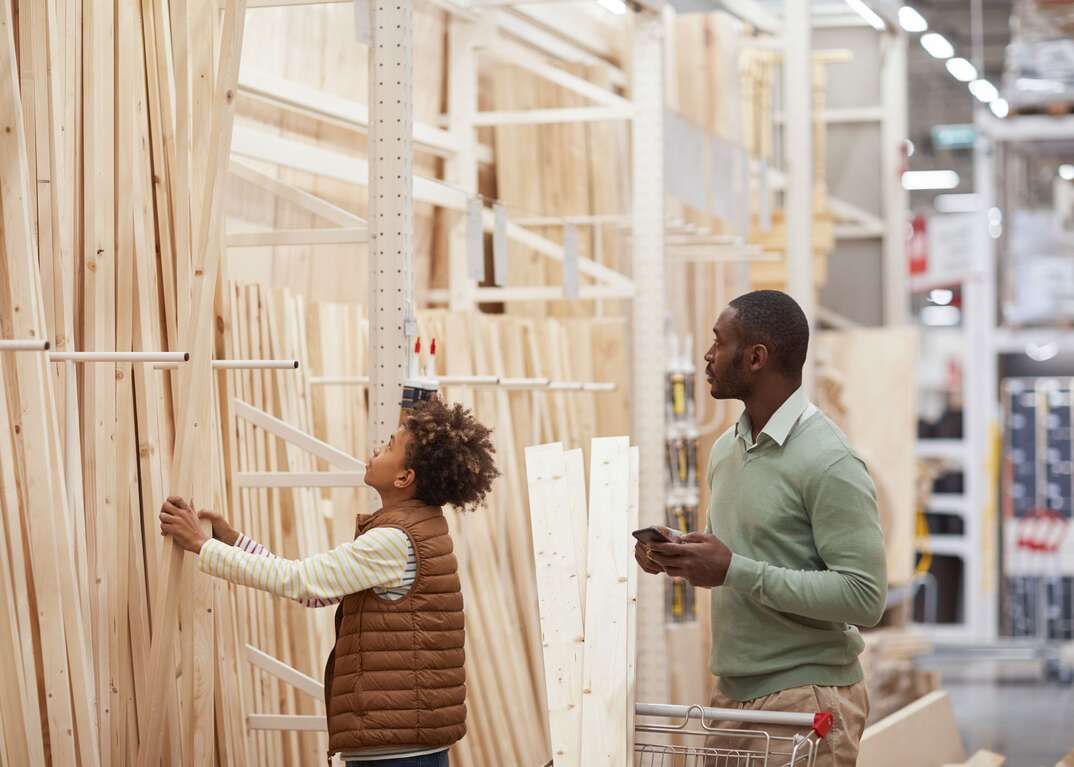 If you've paying attention at the hardware store lately, you’ve probably noticed that prices for plywood, fiberboard and two-by-fours have come down a lot in the last few weeks. Costs certainly aren’t back down to what they used to be, but you may no longer have to empty your pockets for a measly piece of MDF.

This May Also Interest You: What’s a Home Improvement Loan and How Do You Get One?

A recent survey by Expertise found that a lot of homeowners experienced sticker shock when lumber prices were at their highest earlier this year and ended up delaying their home improvement projects. Now that prices have fallen, 65% of respondents said they’re gearing up to finish their decks, build out additions and make the final touches to their kitchen renovations.

Last December, a new wood deck would have cost about $6,000 to build. Jacked-up lumber prices put the average cost for the same deck at over $10,000 in May. In a similar time frame, the average cost to build a home jumped almost $36,000, according to the National Association of Home Builders.

As we reported in May, the drastic increase in lumber prices came down to a problem of supply and demand. Interest in home improvement projects — and, thus, demand for lumber — shot up during the COVID-19 pandemic. Such a boom was unexpected by the lumber industry, leading to issues in the supply chain.

Since, prices have dropped dramatically — down almost 71% to $494 per 1,000 board feet, as of Aug. 31. That’s still higher than pre-pandemic numbers, but back in the affordable range for many homeowners. As such, many are picking projects back up.

We first started to see a drop in the lumber futures market in June and July, but those lower prices just started to hit hardware stores in early August. According to the Expertise survey, 70% of homeowners who started projects in 2021 but delayed them due to elevated lumber costs are now restarting those projects. Of those who planned projects but never got started, 22% are taking advantage of the lower prices to fix up their homes.

Of the 810 homeowners surveyed, about 68% said they delayed a project because of high material costs.

Back when lumber prices were so high, the average cost increase of a home improvement project was 205%. About 77% of surveyed homeowners said their 2021 projects cost greater than expected due to the high price of materials.

However, some aren’t convinced lumber prices are yet as low as they can go. More than half of those who never started their projects are waiting for material prices to drop even further before they move forward.