Can You Move an Entire House? Yes. Here's How Much It Costs 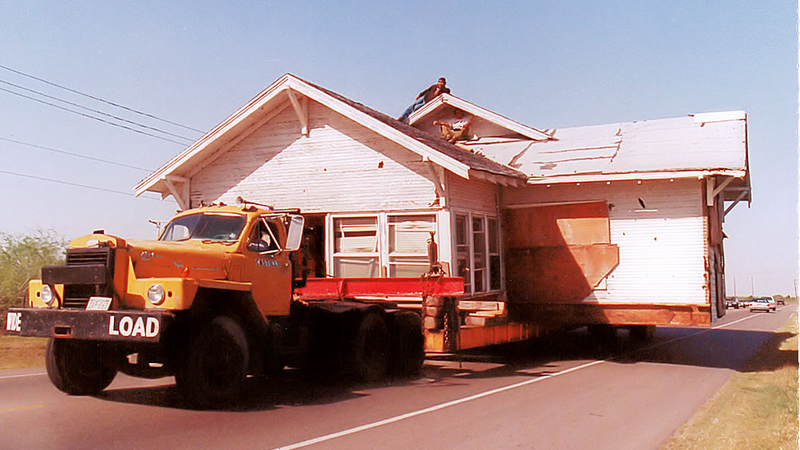 Structural Relocation Costs at a Glance

You’re traveling down the highway when you see it: the “oversized load” truck. Next thing you know, you come upon an entire house attached to wheels. It’s so large and precarious you can’t help but think that moving such a large structure is a risky endeavor. You’d be right.

This May Also Interest You: How to Move: A Guide to Preparing for Moving Day

Quite an image, but one that raises a few interesting questions. Understanding how to move a house may become important if you're looking to match your perfect location with a new-to-you home — or if you’re trying to move an older or historic building to a new resting place.

Can You Move a House From One Location to Another?

The short answer? Yes. It turns out that you can move an entire house from one place to another. Every year, quite a number of new and existing homeowners opt to do exactly that. If you really want to hold onto your house but need to move, you can now rest assured that it may be possible.

According to The Constructor, structure relocation is the process of moving a structure from one location to another. There are primarily two ways in which this can be done. The first is disassembling and then reassembling it at the new location. The second is transporting it as a whole unit.

Why Move an Entire House?

There are many reasons people want to move a house and are prepared to invest time and money into making it happen. Established families have invested a lot of time and money in their homes and don’t want to part with them. Environmental conditions such as floods also play a role. You may need to move your house up a hill or further inland to avoid future destruction, for example.

Moving a house doesn’t always involve taking it clear across town. Your house might be built partially on someone else’s property line, in which case it only needs to be moved a few feet. Another motivation is to preserve a historic home and safeguard it against possible demolition.  Whatever the reason for considering a move, you need to first consider some important factors before putting your plan into action.

How Do You Relocate a House?

Typically, the procedure is to first raise the building, which is then pushed onto temporary rails or dollies. An alternative is to use flatbed trucks.

There are a number of professional moving companies that are able to give you the best advice on this process. Most of them use unified hydraulic jacking systems to raise the house to limit the chance of damaging the structure.

After the move, the structure is lowered again by reversing the procedure used to elevate the house. Some homes have a number of accessories such as chimneys, garages, decks and balconies. These additions could complicate the move and might have to be transported separately.

What Factors Should You Consider When Moving a House?

One of the most important factors to consider is the route you're planning to use to reach your new location. Overhead utility lines, trees and traffic are causes for obstruction along your journey. It takes a whole team of experts to ensure a safe and satisfactory move, including a general contractor, structural moving company and qualified technicians.

Moving a house is essentially a process that includes site preparation, building preparation, moving your house and setting your home in its new location. Other factors include:

Moving house — and in this case, moving your entire house — can be a stressful experience.  Take the time and make an effort to reach out to experts who can give you moving tips and help you with the process.

How Much Does It Cost to Move a House?

The cost to move your house depends on the distance between the two locations. Wolfe House & Building Movers says other variables include the building moving process, the size of your home and the distance of the move.

A special permit to move a structure on a state road can cost from $2,500 to more than $10,000. Labor costs most often start at about $14 per square foot — but that price doesn’t include costs such as building a new foundation for your house at the new location. The total cost of moving a house can range from $15,000 to $200,000, so it’s best to get a detailed breakdown of the scope of work required by each of your team experts.

During this process, you might have to move out of your house and seek alternative housing, which adds to your costs. The time it takes to move an entire house depends on how complex the movie is, how big the house is and where you're going with it. It could take days, weeks or even months to complete the entire process.