How do Portable Air Conditioners work? 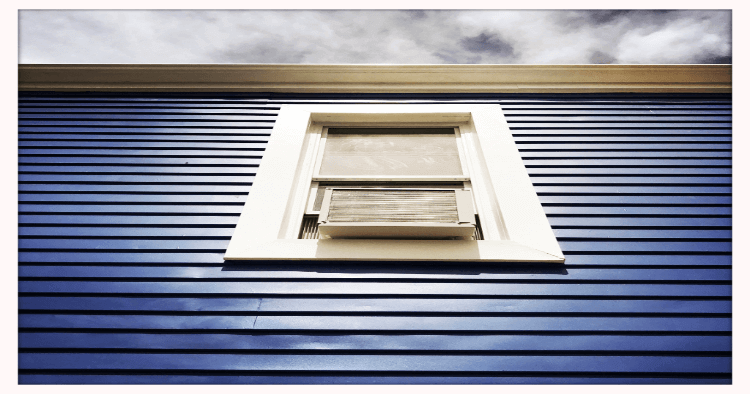 Living in Florida for most of my life, I never had to think about air conditioning. It was just always there, conveniently set up through a central air system. But when I moved to New England, I realized it was a dire mistake to take the cooling system for granted.

As the temperatures skyrocketed, I stubbornly compared them to the even hotter Florida days, arguing that I would be fine with window fans. But after spending my first summer immediately sweating after every shower, I was ready to give in.
In my efforts to beat the heat, I wanted to know which cooling system would be the best investment. I knew there was some debate around how effective portable air conditioners are, especially considering they're typically more pricey than window units.

On the hunt for answers before I became a permanently sweaty mess, here's what I found out about portable air conditioners:

Here's how they work: A portable air conditioner takes in warm air from the room, works some magic to cool it down and then pushes the newly chilled air back out into the space. At the same time, it vents the unwanted warm air outside through an exhaust hose that you can connect to an outside window, drop ceiling or wall, depending on the model. You can then control the settings, such as fan speed and temperature, via buttons on the unit or a handheld remote.

Side note: Portable air conditioners are not the same as air coolers. The latter uses water and evaporation to cool spaces, while portable units use compressors and coolants to be much more effective.

Deciding if you should buy a portable air conditioner

When compared to other cooling systems, mobility is one of the defining benefits of portable air conditioners. Install only requires setting up the exhaust and plugging in the unit, which means you can easily move it around your home or apartment. Cool your living room when you're watching a movie, and take it to the bedroom with you when it's time to sleep. (Now that's a sweet deal.)

On the downside, portable air conditioners do have some limitations when it comes to placement, considering they need to be near a plug and window for the exhaust. The cooling range can only extend so far, and the units can be noisy when they're running.

After hours of research and testing, Wirecutter determined that the LG LP1419IVSM is the best portable air conditioner to buy, highlighting it as the quietest and most efficient unit. The variable-speed dual-rotor compressor also makes it a standout model, as it helps the unit adapt to various temperatures and humidity levels.

Runners up on Wirecutter's list are the Frigidaire Gallery 12,000 BTU Cool Connect Smart Portable (FGPC1244T1), Honeywell HL14CES and Black+Decker BPACT14WT. Popular Mechanics' testing revealed the LG 115V as the most powerful model money can buy, while the Honeywell HL09CESWK maintains the most accurate and stable temperature.

If portable isn't quite right for your cooling needs, a window unit, ductless air conditioner or central air system may be a better solution.

Being prepared for HVAC repairs is always a good strategy. See how plans from HomeServe can help with the costs of covered repairs.