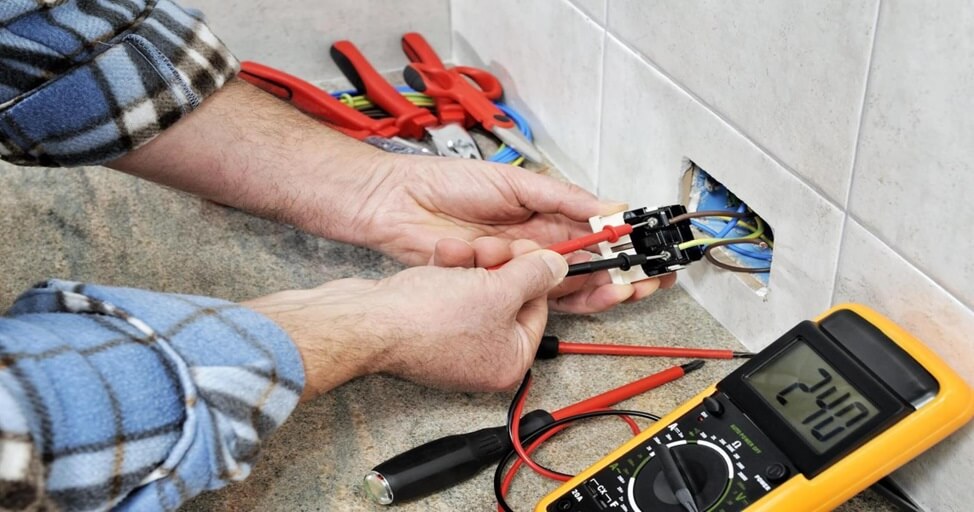 When electricity is involved, safety always come first. However, a close second is understanding the terminology surrounding the electrical purchases, upgrades and do-it-yourself projects that you're planning to complete. Here are the top 10 electrical terms you should know:

This electrical component is a set of wires surrounded by a protective outer layer. Cables differ from cords in that they are typically an aspect of a permanent installation, whereas cords are more portable.

Electric currents flow through closed pathways, which are called circuits.

These devices allow homeowners to stop the flow of an electric current in certain areas of the home. You can manually flip a switch to the "on" or "off" position to manage the electricity. This function is important for completing the first step to any electrical DIY repair or replacement project, which is to turn off the power to the unit you're working with.

Any material where electricity can flow freely is a conductor. Metals like silver, gold, aluminum, copper, iron, nickel, lead and zinc are conductors. Copper and aluminum are the most common conductors used for electrical wiring.

Similar to water flowing through a pipe, a current is the movement of electricity through a conductor or wire. An alternating current reverses its direction at regular recurring intervals, while a direct current flow is in only one direction. Alternating currents are the type of electricity commonly used in homes because they can be easily modified to increase or decrease voltage, according to the Michigan Occupational Safety and Health Administration. Direct currents, on the other hand, are usually used in electronic devices that need stable and consistent electricity.

A fault is an abnormal electric current. For instance, when a current bypasses the normal load, there is a fault in electricity, often referred to as a short circuit. Homeowners typically install ground-fault circuit interrupters to protect against these kinds of imbalances in electricity.

This device is made up of wire that can melt and break an electrical circuit when the current exceeds a safe level. As such, fuses serve as safety devices. Once used, fuses need to be replaced after you - or a licensed technician - correct the electrical issue.

A generator is a device that converts mechanical energy into electrical energy. Many people use generators for portable electricity when camping or tailgating. However, they're also crucial for maintaining power in your home when bad storms affect the electricity.

This metric is the amount of electrical pressure pushing currents through circuits. Often referred to as volts or simply V, this measurement is similar to water pressure in a pipe.

A watt is a unit of electrical power that measures the amount of energy used per second by a current. One watt is equal to one joule per second.

With electrical issues, showing an abundance of caution is important. That means you may encounter issues that require the expertise of a professional electrician.

Being prepared before electrical home repair issues arise is always a good strategy. Plans from HomeServe can help with the costs of covered repairs. See what plans are available in your area.