How to Remove a Doorknob: A Quick Guide 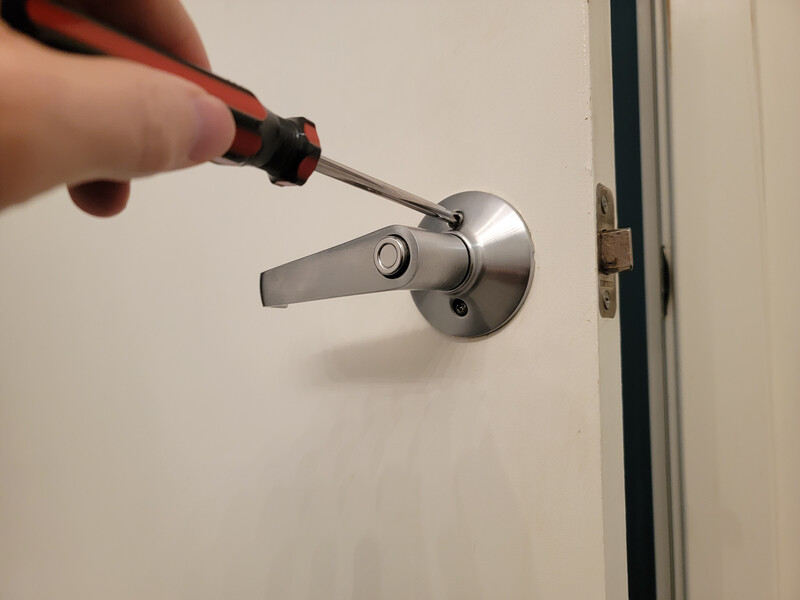 So, it’s the not-too-distant future, you’ve just ordered your new doorknob assembly via Amazon’s Prime Air service, and you’ve got 30 minutes or less before the drone arrives with your package. May as well get started by removing the old knob from that interior door you’re freshening up with new hardware. No need to rush: Removing an interior doorknob is a simple do-it-yourself task that should fit comfortably within your delivery window.

This May Also Interest You: How to Change a Door Knob

Read on for a step-by-step guide for removing a knob from an interior door, such as a bedroom or bathroom.

If your knob is attached by visible screws, you likely will find two screws on either flank of the interior-side knob running through a circular metal plate known as a “rose.” The screws holding your doorknob together may also be of the hidden variety; if so, look at the shaft of the inner knob and you should see a small hole or slot positioned between the backside of the knob and the door.

Here’s how to free the knob from the door for variants with visible screws and hidden screws:

If you have the visible-screw variety, using a Phillips-head screwdriver, loosen both screws from the interior side of the knob. Then, while holding both sides of the knob on either side of the door, pull the mechanism apart simultaneously to remove the knob and spindle.

Depending on the size and shape of the hole leading to the retaining pin, you can use anything from a flathead screwdriver to — as Hunker.com suggests — a straightened paper clip (something made of metal that’s slender enough to fit, but sturdy enough to do the job). Insert your chosen implement into the slot or hole.

Now that you’ve nixed the knob for either type, if the rose plate doesn’t want to come off without a struggle, gently pry it off using a flathead screwdriver. 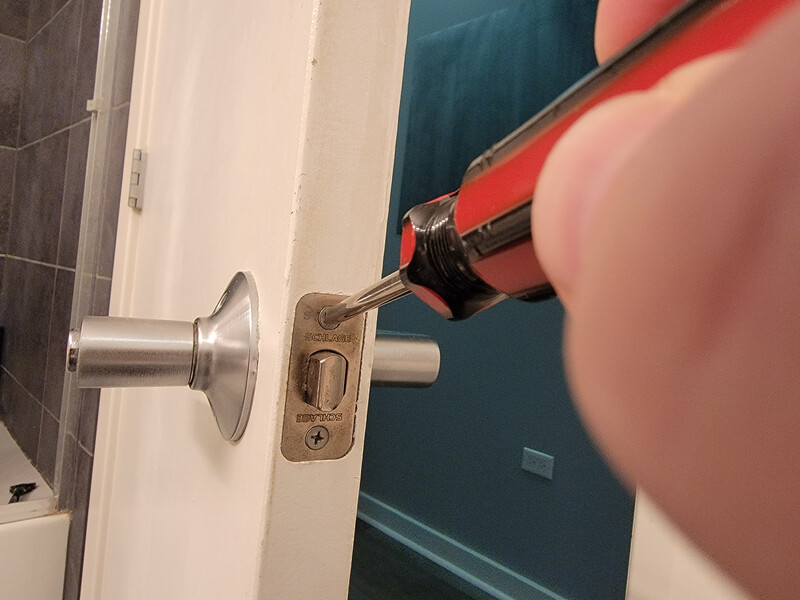 Your new knob assembly more than likely will come with a new latch setup, so you’ll want to remove the existing latch, too, to make way for that. To do so, open the door and face it so that the door is perpendicular to you. Now, as DIY Network explains, use your Phillips screwdriver to unscrew both of the screws, found at the top and bottom of the latch plate affixed to the door jamb. Simply pull the entire latch and latch plate toward you until it comes out.

Congrats, you beat the drone! And though you’ll never stop progress, you’ve at least got this old-school doorknob thing handled.