How to Install Plantation Shutters 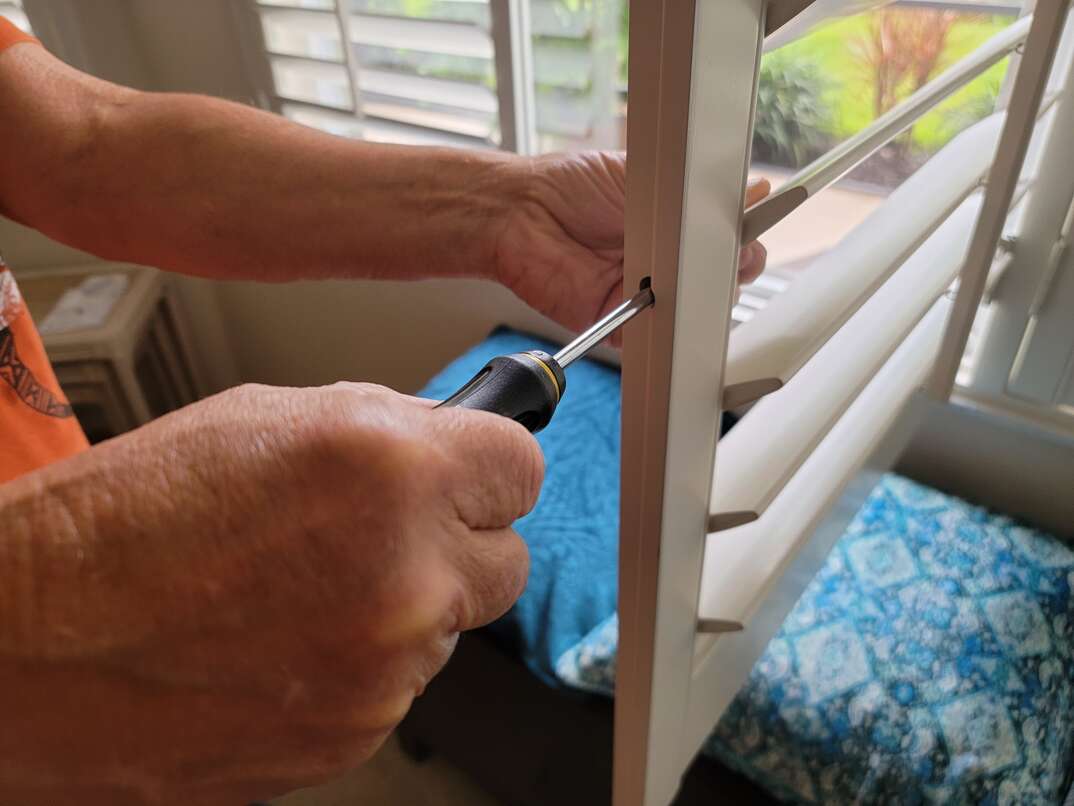 Installing Plantation Shutters at a Glance

When you think of window coverings, curtains and blinds are probably the first things that pop into your mind. However, there are some unique and attractive alternatives for adding privacy and insulation to your windows. A notable example is plantation shutters. They look great, are easy to install and offer all the advantages of conventional blinds and curtains.

This May Also Interest You: What Are ‘Plantation Shutters’ ... and What’s Up With That Name?

If you’re interested in adding plantation shutters to your windows, use this installation guide to get started.

At the end of the day, the type of shutters you choose will largely depend on what your window will accommodate and what style you personally prefer. 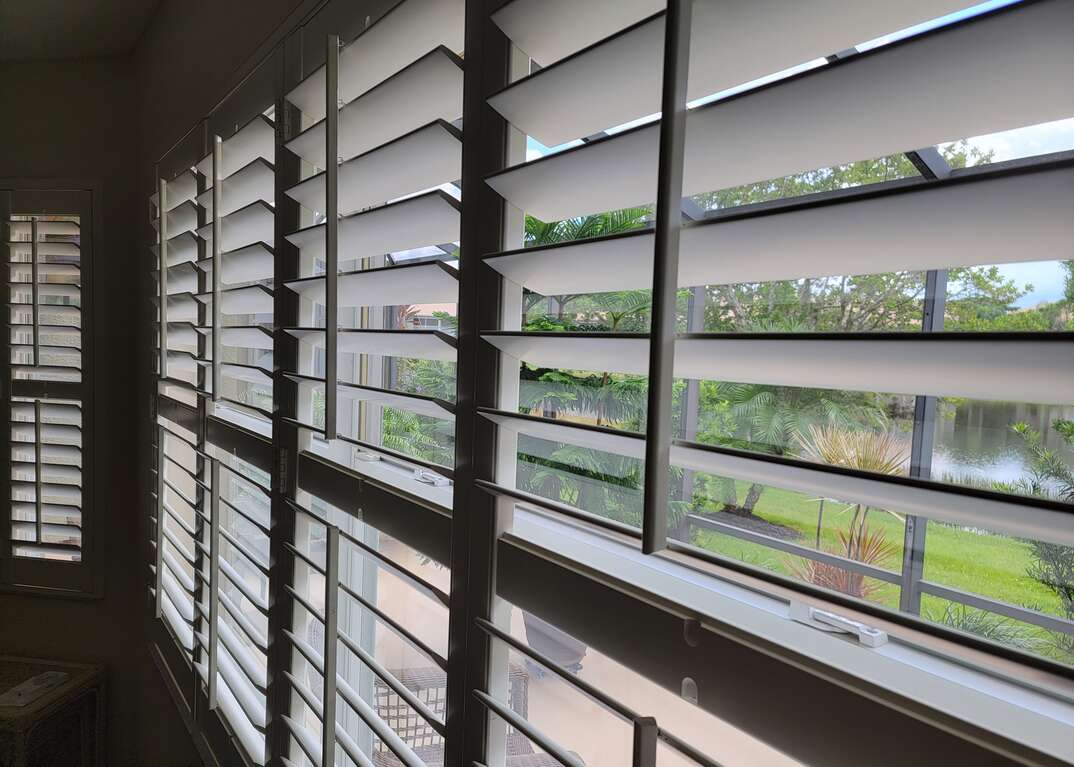 How to Install Plantation Shutters

The most important step in successfully installing plantation shutters is purchasing shutters that will fit your window. This involves taking accurate measurements.

Use the smallest of the three length and width measurements to either purchase standard-sized plantation shutters, or have them custom made based on your window’s specific dimensions.

While some plantation shutters can be purchased with pre-assembled frames, many come with individual frame pieces that need to be assembled prior to installation.

Lay the frame pieces out on the floor with the 45-degree angles (“miters”) of two adjoining pieces facing each other. Depending on the frame, there will either be one or two grooves on each miter where a Hoffmann key — a small, double-sided V-shaped piece — is inserted to secure the two frame pieces together. These Hoffman keys should be included with the frame.

Line up the miters so the Hoffman key grooves are aligned, and insert a Hoffman key into one of the grooves. If there are two grooves, with one being deeper than the other to accommodate a larger Hoffman key, then insert the larger key first.

Use a hammer to lightly tap on the Hoffman key until it’s fully inserted. Repeat this on the second, smaller Hoffman key if included. Repeat these steps on all the mitered frame pieces.

Place the assembled frame inside the window jamb. If there are large gaps between the jamb and the frame, use filler strips to close the gaps. Many plantation shutters will come with a bundle of filler strips, but they can also be purchased at most home improvement stores if they’re not included with the frame.

Once placed inside the window jamb, lay a spirit level on each side of the frame to ensure it’s level. If not, use window packers (U-shaped shims made for leveling window frames) at unlevel sections to adjust the frame until it’s level.

If the mounting screw holes aren’t pre-drilled into the frame pieces, use the drill bit recommended by the manufacturer to drill the pilot holes at the top, bottom and middle of each frame piece.

Beginning with either the top frame piece or a side piece (whichever is easiest for you), drive a screw into the center of the piece. Use a spirit level to verify it’s still level, and drive the remaining screws into the top and bottom. Repeat these steps on each frame piece until the frame is fully mounted.

Use a helper to center the frame around the window opening. Beginning with the top of the frame, drive a screw into the middle of the frame piece to secure it in place.

Many plantation shutters come with pre-installed hinges on the frame and shutters, and will have each shutter labeled to indicate which side of the frame it should be installed on.

Close the shutters and examine the vertical gap (“reveal”) where the edges of the two shutters meet. If the reveal isn’t even and consistent from top to bottom, you can correct it by adjusting the hinges on each shutter.

Once you’re satisfied with the reveal, drive the provided screw into the remaining hole on each hinge. This will lock in the adjustment and prevent the shutters from getting misaligned with everyday use.

Finally, open and close the shutters to make sure they’re functioning properly. Your installation is now complete.