What Are 'Plantation Shutters' ... and What's Up With That Name? 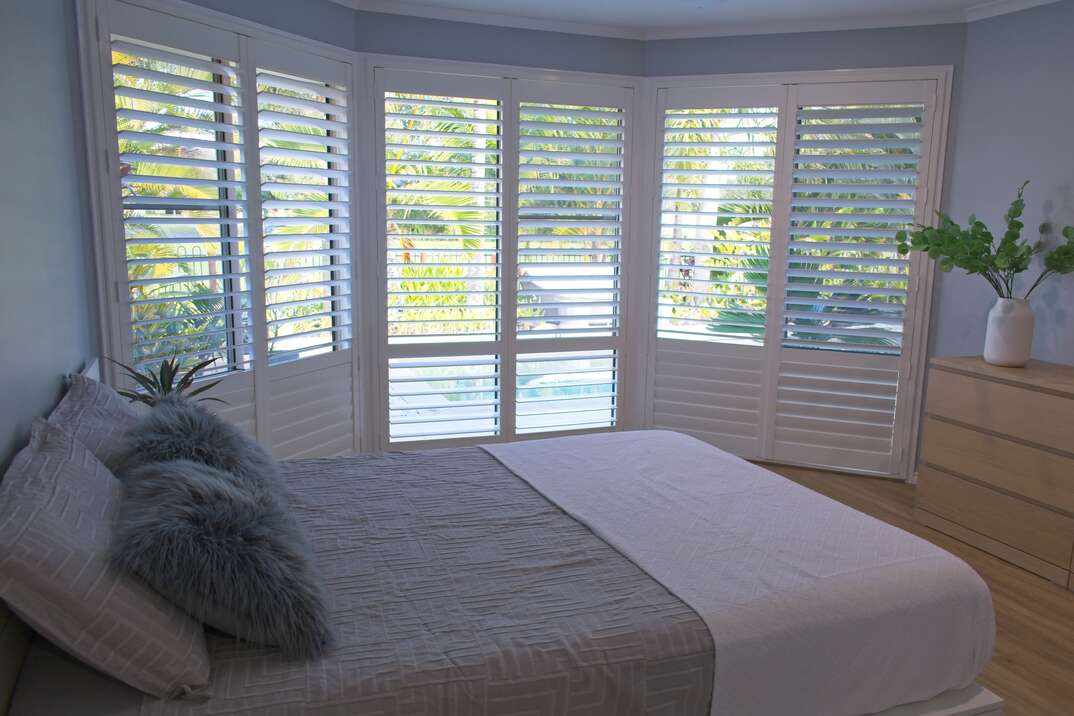 Plantation shutters are a popular, attractive window treatment with various benefits — from increased privacy to better energy efficiency. More homeowners are turning to plantation blinds as a stylish way to shade their living area without preventing much-needed airflow.

This May Also Interest You: How Much Do Different Types of Window Treatments Cost?

Here’s what you need to know about the benefits and mechanics of plantation shutters.

What Are Plantation Shutters?

Plantation shutters are an alternative to regular blinds or shutters that provide shade without limiting airflow through an open window. Each shutter has a wooden frame with wide, angled slats, a little like Venetian blinds. The shutters are installed inside the window frame with a hinge, letting you open and shut them.

Why Are They Called That?

As you might guess, plantation shutters get their name from their origins in the American South. They became popular fixtures on plantation estates as a solution to the problem of needing shade and ventilation simultaneously. Traditional blinds and curtains gave shade from the harsh sunlight, but they also insulated the room, making it unbearably hot in the summer. Plantation shutters were more suitable because they allowed air in and out of the window when opened but still provided decent insulation during cold winters. These days, you may also hear them called simply “wood shutters.”

What's the Difference Between Plantation Shutters and Regular Shutters?

Regular shutters have relatively thin louvers, which give them a more traditional appearance. They're a popular choice among homeowners who want a window treatment to suit a period property or prefer more privacy when the slats are open. Smaller slats also make regular farmhouse shutters more suitable for small windows.

Plantation shutters have much wider louvers, giving them a more contemporary aesthetic. This window treatment is ideal for large windows and for homeowners who want to see outside the window clearly while enjoying the shade.

How Do Plantation Shutters Work?

Plantation shutters work by opening and shutting the louvers to create shade or allow more light and air inside. They have a central or hidden rod that you turn to change the angle of the louvers. Most plantation shutters have louvers that turn upwards to close, and the louvers usually overlap slightly in the closed position to insulate the room in colder weather.

Plantation shutters are installed on the inside of the window frame with a hinge at the side. The hinge lets you open the shutters completely if you want to allow full sunlight into your room. You can buy made-to-measure plantation shutters, making them a reasonably straightforward option for DIY installation.

Do Plantation Shutters Save Energy?

Installing plantation shutters is an effective way to conserve energy in your home because they provide good insulation when you shut them. The overlapping louvers create a tight seal, and the shutters fit close to the window frame when you shut them. These features combined with solid manufacturing materials mean that they can stop warm and cold air from leaving your home, saving you money on your air conditioning costs in the summer and heating bills in the winter.