How Much Does It Cost to Install Plantation Shutters? 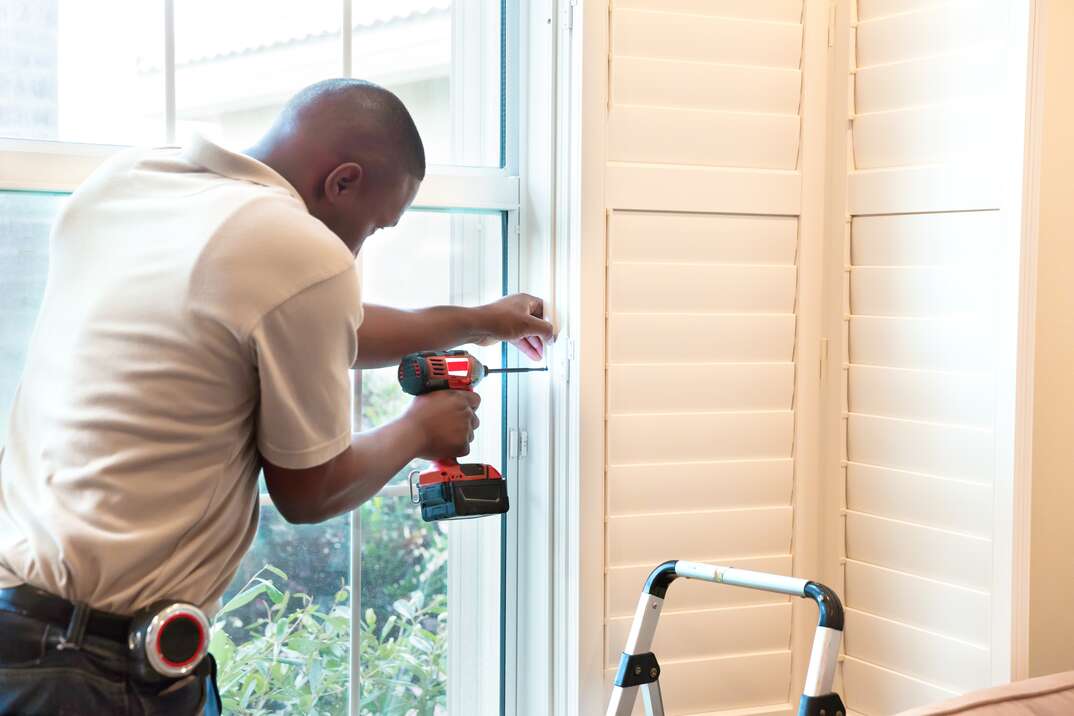 Plantation Shutter Costs at a Glance

Windows are extremely important parts of a home. From the scenic views to the amount of light they let into the room, windows are a vital component of the overall look and feel of the home. But windows are about more than just looks; they can be key areas of heating and cooling for the home, too.

This May Also Interest You: What Are ‘Plantation Shutters’ … and What’s Up With That Name?

It’s important then to make sure the windows in your home are doing their job in terms of both aesthetic and climate control. For many people, plantation shutters are an excellent solution for both function and aesthetics.

What Are Plantation Shutters?

Plantation shutters, also referred to as plantation blinds or wood shutters, are a form of window covering resembling blinds that are mounted on the interior of a house. Traditional shutters are mounted on the exterior and function like doors to block the windows in cases of extreme weather. Plantation shutters have larger louvers — slats — and are preferred in many warmer areas because they block out the hot sun.

How Much Does It Cost to Install Plantation Shutters?

The cost of plantation shutters varies based on location and on the materials used. But, in general, material costs tend to fall between $200 to $350 per window, plus about $100 per labor.

Like most home projects, the price for plantation shutters can vary based on a few different factors, such as the size of the window, the shutter material and how difficult they are to install. But with parts and labor, HowMuch.net says the average cost is somewhere between $200 to $450 per window, depending on your location.

Why Are Plantation Shutters So Expensive?

Plantation shutters are often more expensive than other kinds of window treatments because of the material used to make them. The material used is an effective estimator of what these shutters will cost, as the price can vary greatly depending on your interior design choices. The shutters can be made of real wood, faux wood, hollow plastic or any of a number of other materials.

Do Plantation Shutters Add Value to a Home?

When looking at the cost of installation for plantation shutters as compared to other types of interior shutters, it’s natural that some would question the expense. However, one major factor to consider is that the cost of these shutters is low compared to the value they add to your home. While they are slightly more expensive than other types of indoor shutters, they’re still a relatively inexpensive upgrade and are considered to have a great return on investment, according to Forbes. For many people, the value they add far outweighs the cost.

How Do Plantation Shutters Add Value to a Home?

One of the primary ways plantation shutters add value to your home is in the look they provide. Because they’re made from sturdier, higher-quality materials, they add an element of sophistication and elegance to a room. Standard blinds can experience numerous issues, such as broken strings, broken louvers and color fading. Plantation blinds, on the other hand, are better constructed, easier to clean and often match the style of the house, making them more visually appealing. This increases the value of your home to prospective buyers.

Are Plantation Shutters Worth It?

Trying to estimate the return on investment of an upgrade like plantation shutters isn’t always as simple as plugging the numbers into a cost calculator. In general, though, the main points of consideration are:

To determine whether they’re worth it or not, you’ll need to decide whether they add value to the home in a way that can justify the expense. In most cases, the cost of plantation shutters is offset enough by the value they add to the home and the functionality they give to homeowners. If used regularly, they may also help you cut down on utility costs, which can provide some extra savings.