How Much Do Snow Removal Services Cost? 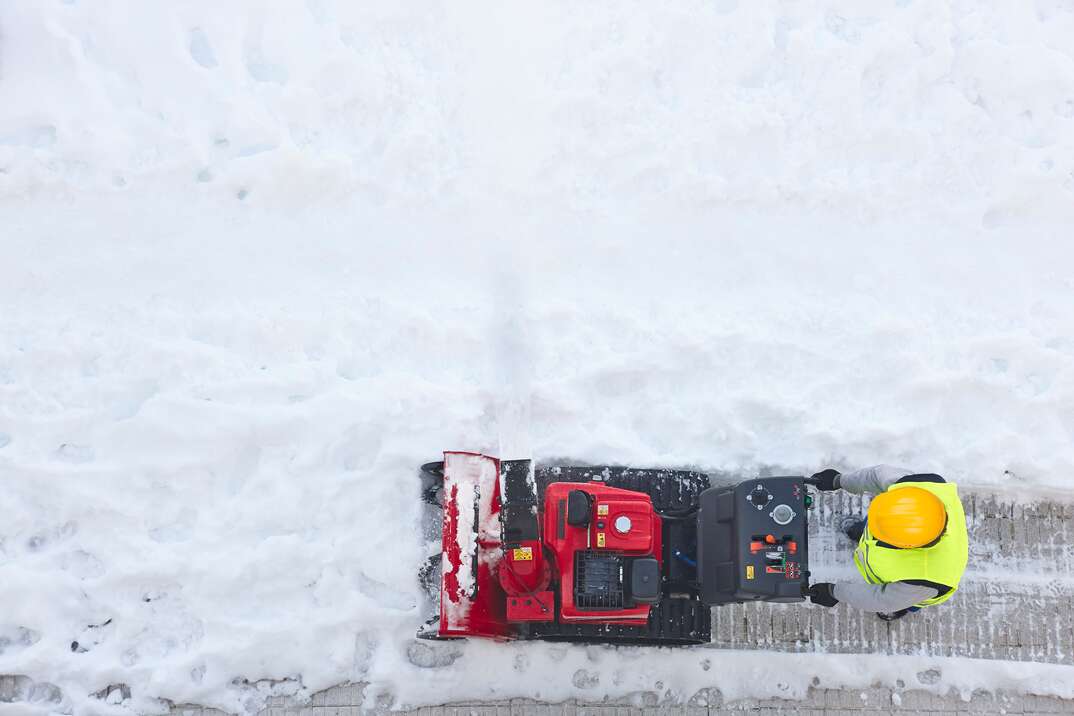 Snow Removal Costs at a Glance

Snowy weather is lovely if you have nowhere to go, but a snowstorm can cause a lot of problems if you need to get your car out of the driveway. Furthermore, allowing large amounts of snow to accumulate on your roof can cause it to buckle or even collapse, so it's important to remove the snow yourself or hire a snow removal contractor to do it for you.

This May Also Interest You: Digging Out: 6 Things Homeowners Should Do Right After a Blizzard

While playing or walking in the snow is enjoyable, it's never fun to spend hours shoveling your driveway or trying to get snow off the roof. If you don't have the time or physical fitness to remove the snow yourself, you could consider hiring a snow removal company. Here’s a breakdown of how much that might cost.

Why Use a Professional Snow Removal Service?

It's certainly cheaper to shovel the snow from your driveway or roof yourself, but there are a few good reasons to pay a professional to do it for you. First, shoveling snow puts a lot of strain on your muscles and cardiovascular system and could cause injury, especially if you have a preexisting health condition. Professional snow removal companies have the equipment and knowledge to remove snow from your driveway or roof safely.

Hiring a professional snow removal company can also significantly reduce the time it takes to clear your roof or driveway. An expert will be able to clear snow much faster than you could by shoveling it yourself, especially if they use a plow.

How Much Does Driveway Snow Removal Cost?

According to Fixr, snow removal services cost between $75 and $150 if you have a professional shovel your driveway by hand. This figure assumes that you have around 6 inches of snow accumulated on an average-sized driveway. If the snow is deeper, you can get a rough idea of how much the job will cost by adding $30 for every additional 6 inches.

However, how much snow removal costs depends on the size of your driveway and the amount of snow. Although contractors generally produce a quote for each job instead of advertising their services per square foot, you can expect to pay between 8 and 10 cents per square foot.

If you can't afford to have your driveway professionally shoveled but can't do it yourself, having sand or salt applied to your driveway is a more affordable option. Sanding or salting costs between $15 and $40 and removes snow by encouraging it to melt.

If you opt for applying salt to your driveway, it's best to get a contractor to spread it when heavy snow is in the forecast instead of waiting until after it's fallen because salting in advance can stop the snow from settling. Driveway salt can poison animals if they eat it, so remember to ask for animal-friendly salt if you have pets.

Sand is a suitable option in very cold conditions. It won't melt the snow as effectively as salt, but it will provide a less slippery surface for safer walking and driving. You'll need to clear up the sand once the snow has melted to avoid blocked drains.

How Much Does It Cost to Remove Snow From a Roof?

According to the National Agricultural Safety Database, the amount of snow that most roofs can safely withstand is around 2 feet, or a foot each of snow and ice. If you allow more snow to build up on your roof, you run the risk of it buckling under the weight. Therefore, it's important to clear the snow from your roof as quickly as possible after heavy snowfall.

You can remove snow from a roof yourself using a snow rake, which you can pick up relatively cheaply from DIY stores or online. However, you run the risk of damaging your roof or disturbing power lines, so it's important to use a snow rake carefully. Alternatively, you could climb a ladder and attempt to push the snow off. As the chance of injuring yourself or damaging the roof when removing snow is high, many homeowners prefer to hire someone to do this for them.

Roof snow removal services cost between $300 and $700 on average. The overall cost depends on a few factors, including the size of your roof, snow depth and whether any parts of the roof are hard to access. Contractors generally charge between $90 and $100 per hour to remove snow from a roof. While this may sound very high, the relatively risky nature of the work means that employers need to factor in higher insurance premiums.

How Much Does It Cost to Have a Driveway Plowed?

If you book the service as a one-off, ProMatcher says it costs between $38 and $53 to have your driveway plowed, or $45 on average for a regular-sized driveway. Contractors usually quote according to the driveway size, so expect to pay more if your driveway is very large. You can cut down on snow removal costs if you choose only to plow part of the driveway to allow access.

The type of driveway you have also affects the overall cost. Paved or concrete driveways are quick and straightforward to plow, while gravel is more time-consuming and, therefore, more expensive. Plowing companies charge extra to remove piled-up snow, and you'll also have to pay an additional fee if you want your driveway salted or sanded after plowing.