How Much Does It Cost to Install a Keyless Door Lock? 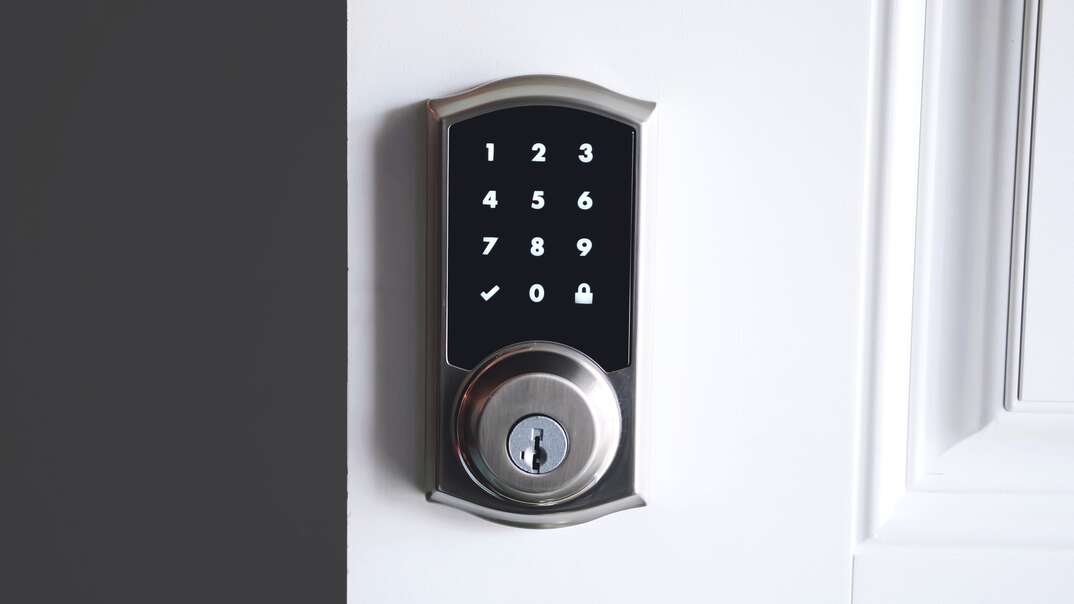 Keyless Lock Costs at a Glance

Imagine this very likely scenario: You left the house keys sitting on the counter, and now you're locked out of the house. It's raining, the kids are complaining about getting wet and — of course — the hidden spare key is gone because nobody put it back after the last lockout.

This May Also Interest You: Lose Your House Key: Here’s How to Install a Keyless Door Lock

Getting locked out is an all-too-common occurrence that pretty much everyone can relate to. However, there is a way to avoid this stressor altogether. With a keyless lock, the need for a key is eliminated. All it takes to unlock the front door is a code or, depending on the lock, a smartphone. And, luckily, they don't cost much more than traditional deadbolts.

How Much Does It Cost to Install a Keyless Door Lock?

For the do-it-yourselfer, the cost is lower since there aren't labor charges. All that is needed in many cases is the lock, a screwdriver and time.

How Much Is the Unit Itself?

How Do the Costs Compare Among the Different Types of Keyless Locks?

The most common type of keyless lock is a keypad lock, which costs between $75 and $400. With this type of lock, the homeowner chooses a four-digit code that's used to open the lock. An RFID lock system uses a keycard, similar to the locks in hotel rooms. These cost between $100 and $300.  Wi-Fi locks can be unlocked using a phone app as long it has access to Wi-Fi. Expect to pay between $200 and $300.

Bluetooth locks cost between $135 and $225, and they can also be unlocked using a phone app. However, they're limited to a range of about 40 feet. Biometric locks use a combination of fingerprint and PIN numbers and cost between $85 and $250. Z-Wave locks, ranging in price from $175 to $325, connect to a hub that lets the homeowner control the lock from a smartphone or computer.

It costs about $175 to $450 for professional installation of a keyless lock. This includes the cost of the unit itself and labor costs. The price could rise if a new door needs to be installed. Further costs include changing the doorknob.

A do-it-yourself installation is less expensive, as it only includes the cost of the keyless lock. It saves money, but you’ll have to handle the process and any unforeseen difficulties that may arise. When using a professional, the cost is higher, but you can rest assured that everything is taken care of.

How Does the Cost of a Keyless Lock Compare to a Conventional Lock?

Whether you install a keyless lock or a conventional lock, both can provide you with home security. The decision comes down to a matter of cost and convenience.

Is a Keyless Lock Worth It?

For the most part, keyless locks are more expensive than conventional locks. If convenience is the priority, keyless locks are worth the extra money. They are much easier to use since opening the door lock can be done with a code entry or by simply using a smartphone — no more looking around for a key.

One thing to keep in mind, though, is the possibility of power outages. Since some keyless locks work with Wi-Fi, a power outage can render them inoperative. In that case, nothing beats a good old-fashioned key-controlled deadbolt lock.