How Much Do Hurricane Shutters Cost? 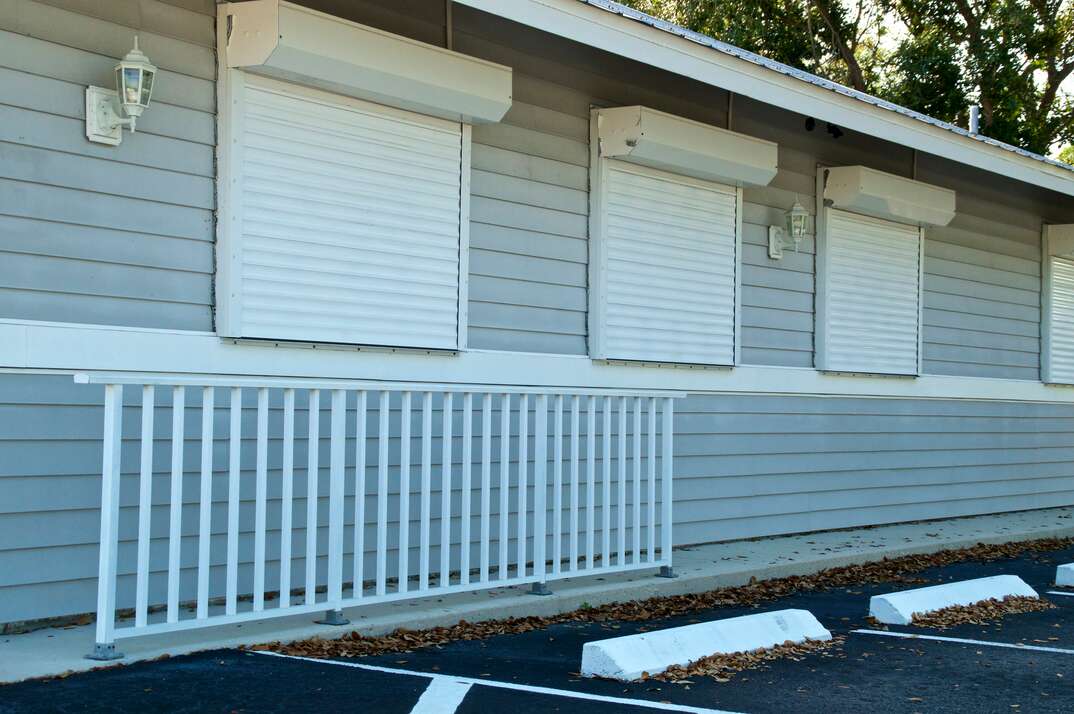 Hurricane Shutter Costs at a Glance

Hurricane shutters are essential for homeowners who reside in hurricane-prone areas along the East Coast and in Florida, Louisiana, Texas and other states. They protect windows and doors from shattering by creating protective seals that minimize changes in air pressure.

This May Also Interest You: It’s Hurricane Season! Here’s Everything You Need to Know to Prepare Your House for Storms

The disruption in air pressure prevents wind from entering homes and structures, which can lead to damaged roofs and interiors. If you live in a region where hurricanes are common, you should consider installing hurricane shutters. Wondering how much they cost? Here’s what you need to know.

This comprehensive list provides information on the different types of hurricane shutters and their approximate costs. In addition to specific costs for the shutters themselves, expect to pay between $45 and $100 per hour for labor costs.

Accordion shutters are a good option for homeowners who prefer a permanent shutter option. These shutters are designed with aluminum and installed permanently. The shutters get their name because they fold up and give an accordion-like appearance when not in use. According to Reviews.com, the average cost for accordion shutters ranges between $15 and $20 per square foot.

Roll-down hurricane shutters are crafted with sturdy aluminum that can withstand gale-force winds. Roll-down shutters pull down and move along a track to provide coverage from hurricanes and then fold up into slats when not in use. The shutters can be operated manually or through an electric motor. On average, roll-down shutters cost $25 to $29, according to data from Eurex Shutters.

Electric hurricane shutters are sometimes referred to as automatic shutters. The shutters are available in both roll-down shades and screens, and they operate via electric motors. Homeowners can easily put the shutters in place with a quick flip of a switch, and the durable aluminum material can withstand winds up to 130 miles per hour. Costimates says electric shutters run $935 to $995 per window.

Colonial shutters are a stylish option with the added bonus of hurricane protection. The shutters have a classic slat design and swing open and closed from the sides. Colonial shutters come in aluminum, fiberglass or composite wood and range in cost from $33 to $50 per square foot.

Storm panels are typically made of plastic, metal or aluminum. The panels are fastened on the exterior walls around entryways and windows, and they can be removed when hurricane seasons subside. Storm panels are cost-effective and offer basic protection. They cost $10 to $15 per square foot.

Bahama shutters attach to windows via top hinges that allow them to swing up to open and swing down to close via telescoping arms. These shutters are permanently installed and have a distinct style that boosts curb appeal. Bahama shutters are available in aluminum and composite wood, with an average cost of $30 to $50 per square foot. 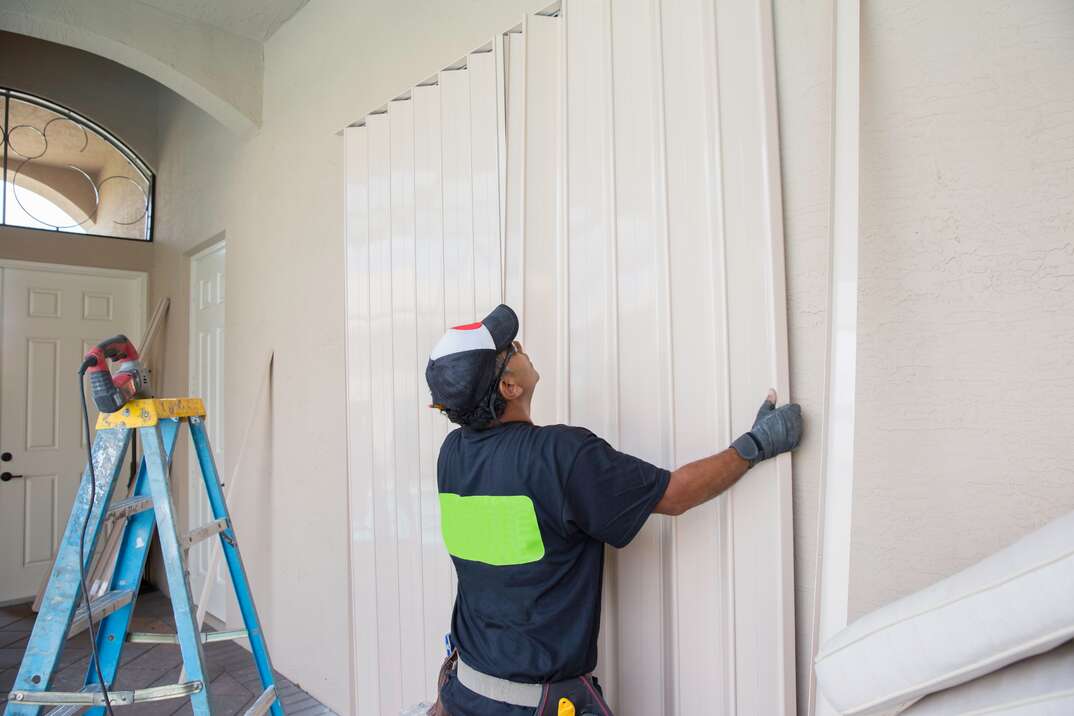 The cost of hurricane shutters can also vary depending on the specific materials used.

According to Storm Solutions, the average cost of aluminum hurricane shutters ranges between $10 to $15 per square foot, but it's important to keep in mind that specific styles and automation may increase the final cost.

Plywood hurricane panels are extremely affordable, with an average cost of $1.50 to $6 per square foot. You can install plywood panels yourself for $12 to $27, according to Fixr. Wood board-and-batten shutters have a slightly more stylish design and range between about $200 and $850 per pair, based on prices from The Home Depot.

Fiberglass storm shutters are highly durable and low maintenance. Based on pricing at Lowe’s, fiberglass shutters cost about $900 to $1,200 per pair.

How Much Do Hurricane Shutters Save on Insurance?

While specific rates can vary, homeowners can expect to save 8% to 10% on insurance premium costs. Additionally, hurricane shutters may also increase your overall home value because they’re an additional safety feature that gives potential buyers a sense of security.

Are Hurricane Shutters Worth It?

If you live in an area where hurricanes and storms with heavy winds occur regularly during certain seasons, hurricane shutters are definitely a worthwhile investment. Hurricane shutters can save you money in the long run by preventing severe damage, such as shattered glass and interior flooding, and they can provide peace of mind when you're in the midst of the storm.