How Much Does Chimney Repair and Removal Cost? 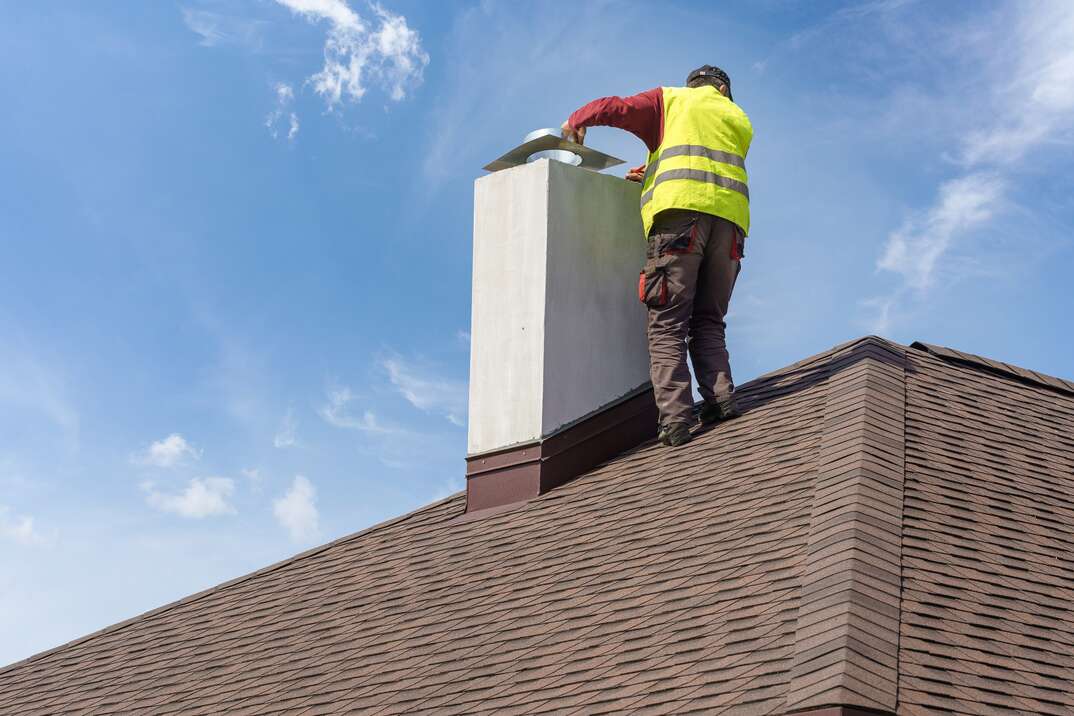 Chimney Repair and Removal Costs at a Glance

Nothing exemplifies the cozy feeling of home quite like a fireplace. Whether you’re burning wood or natural gas, a fireplace provides you and your family with warmth, light and security — that is, until it stops functioning properly. Like anything in your home, a chimney can develop problems or become damaged through regular use. However, a damaged chimney is often more than a simple inconvenience. In fact, a chimney in need of repair can be dangerous and may even lead to uncontained fires or hazardous gasses infiltrating your home.

This May Also Interest You: How Much Does a Chimney Inspection Cost?

If you suspect there’s something wrong with your chimney, you should investigate the problem immediately. The quicker you repair a damaged chimney, the better; chimney problems can worsen dramatically in just a short period of time, increasing the potential for danger and upping repair costs.

Take a look below at some of the most common chimney repairs to determine your best course of action.

A cracked chimney could signal a potential structural issue with the chimney itself, which could eventually cause the chimney to lean or collapse altogether. At the very least, a crack in a chimney means it’s not functioning properly and could cause smoke and toxic fumes like carbon monoxide to enter the home through the walls and ceiling.

If caught early, a small crack in a chimney’s brick and mortar is a fairly simple fix. The cost to repair is between $175 and $250. To fix larger cracks, bricks may need to be removed and replaced. Depending on the scope of the damage, repairs may cost $650 to $1,000 or more.

Keep in mind that, if left unaddressed, a chimney crack will typically grow in size and lead to additional, more expensive repairs later.

The crown is one of the most important aspects of a properly functioning chimney. It works to protect the bricks and mortar of the chimney from the elements by keeping rain and other moisture from entering the flue. Generally made from concrete, the crown sits atop the chimney on the outside and endures all different types of weather conditions, from frigid rain to the hot summer sun.

Because crowns are the first line of defense against the elements, they are often damaged more frequently than other parts of a chimney. A crown can be damaged even while the rest of your chimney is working fine. It’s vital that you repair a chimney crown early because any crack decreases its ability to protect the more vulnerable aspects of your chimney.

The lining on the inner walls of a chimney is called a flue liner, which protects it and helps it to perform properly. Most states’ fire codes require flue liners as they play an essential role in conveying combustible gasses out of your home. These days, those liners are made of metal like aluminum or steel. However, many older homes have flue liners constructed out of clay tiles. Over time these clay tiles will deteriorate and start to crack.

If the duct that carries toxic gasses out of your home is not functioning, it could be exposing you and your family to some pretty dangerous chemicals. A nonfunctioning flue could also be a major fire hazard.

If your home has a clay tile flue liner, it’s important to get it inspected at least once a year to make sure it’s in good shape. Repairing cracked clay tiles can cost roughly $65 to $100 per square foot. But this is really only a temporary solution. Clay tiles will deteriorate over time no matter what. This means you’ll eventually need to replace these tiles completely.

A flue replacement costs $2,500 on average, but depending on the size or shape of your chimney, you could pay upwards of $7,000. Once you replace your flue with a metal one, however, you likely won’t need to do so again as long as you own the home.

A neglected crack in the chimney’s brick and mortar can ultimately lead to severe structural damage, requiring either a repointing of the chimney or a complete rebuild.

Repointing is when the existing mortar on your chimney is filled in and sealed. It’s often seen as a preventative measure to keep your chimney from deteriorating further and causing structural damage. If your chimney has the majority of its structural integrity, it may only be necessary to repoint. The cost to repoint a chimney can run anywhere between $700 and $1,200, depending on the size and the extent of the damage.

Sometimes a deteriorated chimney can’t be saved by repointing and must be rebuilt. That said, chimney rebuilds can take different forms. Often, it’s only the portion of the chimney exposed to the elements that needs rebuilding. In this case, a professional chimney repair service will rebuild your chimney from above the roof line. Here, the deteriorated portion of the chimney is carefully removed and rebuilt. The existing flashing — the metal at the seam of the chimney and the roof that keeps leaks at bay — will need to be replaced as well.

But maybe you find that all the upkeep of having a chimney isn’t worth it. Chimneys can be removed partially or in full.

Partial chimney removal involves removing the chimney stack from above the roofline and closing the roof. With a partial removal, your fireplace will remain in your home, though it will no longer be functional. Just removing the exterior portion of your chimney costs between $400 and $1,000.

Removing the section of chimney inside your home can open up additional space. Full chimney removal includes both the chimney stack on the roof and the chimney breast inside the house. Because this process involves patching the roof as well as floors and walls, the cost is higher: $2,000 to $4,000.

While chimney repairs can be expensive, many of the most common larger repairs can be minimized or avoided altogether by employing good chimney care practices.

Once a year, you should have a professional chimney sweep examine the inside and outside of your chimney. Avoid burning soft woods like pine or fir because they can quickly coat your flue in soot. Freshly cut logs known as green wood should likewise be avoided, because they produce a significant amount of smoke and creosote that will build up in the flue.

By having your chimney regularly inspected, you can catch small cracks and deteriorations before they become larger, more expensive problems. Remaining diligent with your chimney upkeep will allow you to gather around the hearth with those you love, worry free.

Knowing that your fireplace is sound and safe brings a good deal of comfort. So does being prepared with a plan from HomeServe. Once you have a plan in place and a covered issue arises, you can simply call the 24/7 repair hotline. A local, licensed and highly trained contractor will be sent out to you to get the job done to your satisfaction.