Why Does my Heating System Clang? 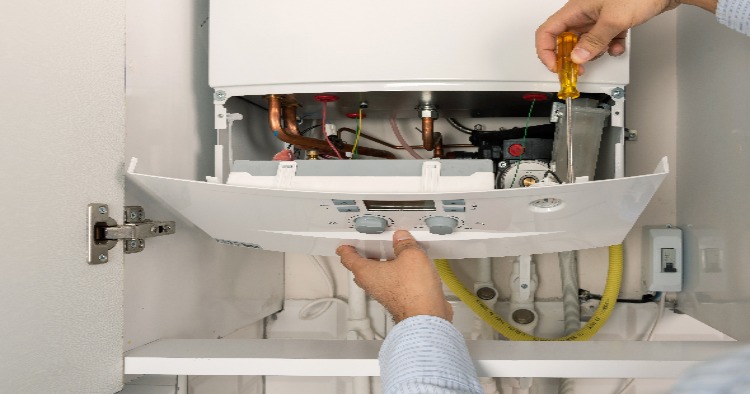 OK. You’re enjoying a peppermint tea, some pumpkin pie, about to finish a level-five sudoku puzzle for the first time, or just about to fall into a deep sleep and then BANG! CLING! CLANG! Your heating system sounds like a gong in your ear. What’s its problem? How can I make it stop? Here is some background and suggestions.

Your heating system either transfers heat through air, water or steam. Most new homes in the U.S. have forced air heating systems. Older homes, and even some newly constructed homes, have hydronic systems (water or steam). If you’re one of the lucky ones who have a heated air system, then the rest of us are jealous that you won’t have to suffer middle of the night clanging noises that jolt you out of bed.

For hydronic systems, the water gets heated into hot water or steam and pumped to a series of pipes that lead to radiators or other heat exchangers to heat the rooms in your home.

But why does my heating system make these loud noises?

Air bubbles that are trapped in the water can cause clicking noises in radiators. Loud clanging and rattling noises might indicate warping in the pipes. When your pipes heat up, they expand and move slightly which can cause them to warp. If the pipes are run through wooden joists, the sound of the pipe vibrating against the wood can cause noises. If you have a boiler with banging sounds and live in a hard water area, you are at risk for limescale to build up in the heat exchanger that can constrict the water flow.

What can be done about a clanging heating system?

If you’re in a home with a radiator, sometimes a simple bleeding of the radiator can help reduce the clanging sounds when it passes hot water through the system.  Generally, you should bleed your radiators on a regular basis.  You will need a radiator key and a bowl to capture any water that comes through the valve (if you don’t have a key, you can purchase one at most hardware stores for about $1).  Be sure to shut off your heating system before bleeding the radiator.  Typically the bleed valve is located at the top of the radiator near one end of it or if you have baseboard heaters, it will be under one of the end caps of the radiator cover. Just turn counterclockwise about half a turn to release the air (you’ll hear hissing) and once water begins to leak, close the valve by turning clockwise.  Once you’re done bleeding the radiators in your home, you can turn your heating system back on.

If the noise is caused by the pipes vibrating against wooden joists, or another hard object, you can buy foam sleeves from your local hardware store and slide them around your pipes.  Expanding the holes and filling the gaps with expanding foam is also an option, but ideally you should get a plumber to do that for you.

If you do live in a hard water area, you should hire a heating professional to inspect your boiler. Some areas require that only a master plumber repair boilers. Not all problems are DIY fixes and it’s OK to call in an expert when needed…especially when it comes to keeping your home warm in the winter.

If you’re in a multi-story apartment building and the sound is coming from another apartment, speak to your building superintendent and ask them to service your neighbor’s unit.  Remind them that a small sound might indicate a larger-scale problem, so it’s better to fix it sooner rather than later.  And, be sure to tip your super as an extra thank you when it’s fixed. It might help other things get fixed faster the next time you need it.

How to Keep Septic Tank Pumping Costs to a Minimum