Your Definitive Guide to Shoveling Snow 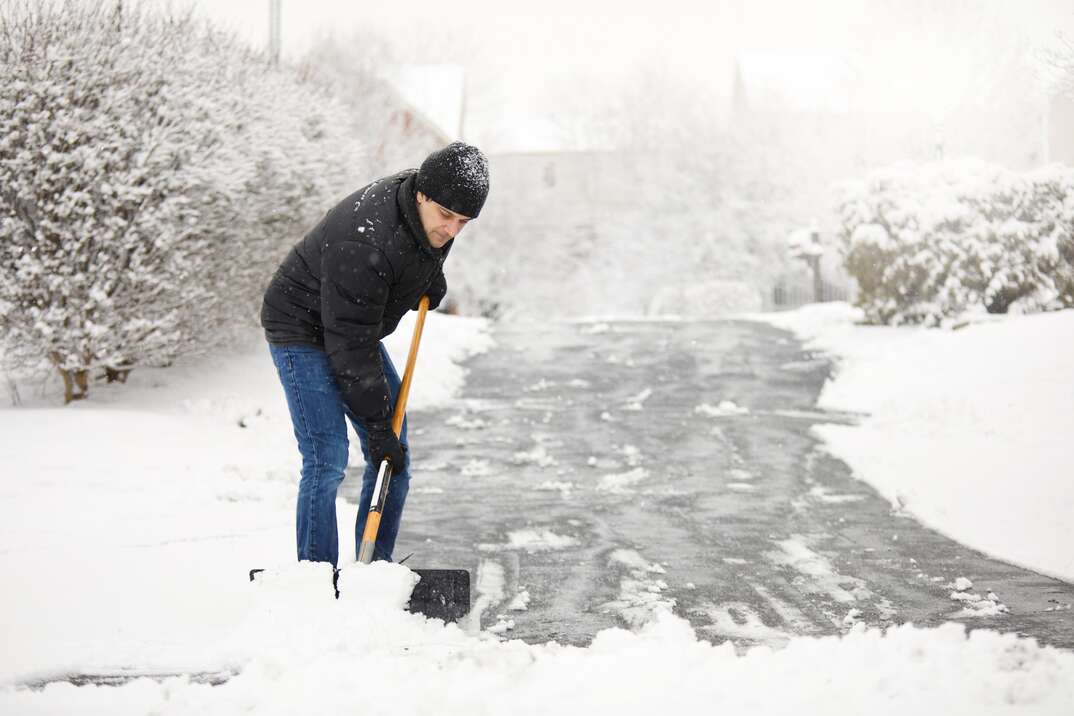 Deep snow is beautiful — and it’s fun for the kids to play in. But it’s also the cause of a lot of stress and inconvenience to homeowners. As well as causing frozen gutters and buckled roofs, heavy snowfall can also block your driveway and make it impossible to get your vehicle in and out. While shoveling snow is no one's idea of fun, it's often necessary to make your driveway usable.

This May Also Interest You: Digging Out: 6 Things Homeowners Should Do Right After a Blizzard

There are several schools of thought on the best way to shovel snow, but some practical and safety considerations are pretty much non-negotiable. Here's how to shovel snow quickly, effectively and safely.

When Should You Start Shoveling Snow?

It's safest to shovel snow in the morning while it's still cold. Waiting until later increases the chances of the snow melting and forming ice which could cause you to slip and hurt yourself. It's also best to avoid shoveling in the middle of a snowstorm because doing so increases the likelihood of injury. If it's snowing hard, wait for a break in the snowfall before getting your shovel out.

Some people prefer to wait several days before shoveling snow, while others prefer to shovel regularly after each snowy spell. There's no right answer, but it's generally easier to shovel little and often rather than spend hours and a lot of energy removing several feet of snow in one go. Although you'll have to shovel more regularly, it's much easier on your back to remove shallow snow than to tackle deep drifts.

How Do You Shovel Snow From a Driveway?

Having a plan for how to shovel snow from a driveway is a good way to avoid unnecessary work and strain on your body. If your car is parked on the driveway, begin by shoveling a path to the driver's door. Doing so lets you access your car without compacting the snow by walking on it and making it harder to clear later. If you plan to drive, turn on the ignition and switch the heating system on to melt the snow on your car and make it more straightforward to clean.

Next, clear the rest of the driveway, shoveling a pathway to work from so you don't tamp the snow down and make it more stubborn to remove. It's sensible to leave the area around your car for last because snow will fall from the car when you clear it, and you'll end up shoveling the same area twice. Also, leave the entrance to your driveway until you're ready to leave in case any passing snowplows end up depositing more snow there.

Where Do You Put the Snow When Shoveling?

When you're shoveling, put the snow you've removed in piles as far away as you can from the area you want to use. Otherwise, the piles could collapse and cover your driveway again — and you’d need to start over. When deciding where to place shoveled snow, consider which areas you'll need access to. For example, don't make snow piles around doors that you'll need access to later.

Depending on the weather conditions, you may wish to consider using the shoveled snow to create a windbreak. Creating piles of snow against an outdoor structure like a fence can help protect it from being blown over in stormy weather. It could also provide the plants and other items in your driveway with some protection from the wind.

Should You Shovel Snow or Leave It?

If it's snowing hard and you don't need to drive anywhere for a while, it can be tempting just to let the snow accumulate. The main issue with doing this is that you're going to get several feet of buildup, which could be difficult to remove later. If you decide to leave the snow to build up, it's safer to remove it in layers when the time comes to clear your driveway.

However, there are some situations when it's safer to leave the snow. As we mentioned earlier, it’s best to shovel in fair, cool weather. Avoid shoveling in during warmer afternoons, heavy snowfall or windy conditions.

How Do You Stay Safe When Shoveling Snow?

Knowing how to shovel snow safely is essential to avoid injury. It's important to wrap up warm in multiple layers of clothing to prevent hypothermia. Shoveling snow is hard work, so it's important to take regular breaks. Take steps to protect your back and make the work as easy as possible.

Before shoveling, apply a layer of car or floor wax to your shovel so that the snow doesn't stick to it. This will make it easier to shovel the snow cleanly into piles and speed the job up. If you don't have any suitable wax to hand, cooking spray is a suitable alternative.

When you're shoveling, bend from the knees and lift with your legs instead of your back to prevent strain. It's also sensible to change your grip periodically so that you're not constantly overworking the same muscles. Holding the handle as near to the shovel end as possible will also make the snow easier and safer to lift.

If the snow is very deep, you risk hurting your back if you attempt to shovel large amounts at once. Instead, try working in layers of a few inches and taking a rest between each layer. If you start to feel exhausted or sore, take a rest to avoid cardiovascular or muscle strain.