Cooked to Odor: How to Get Rid of Lingering Cooking Smells 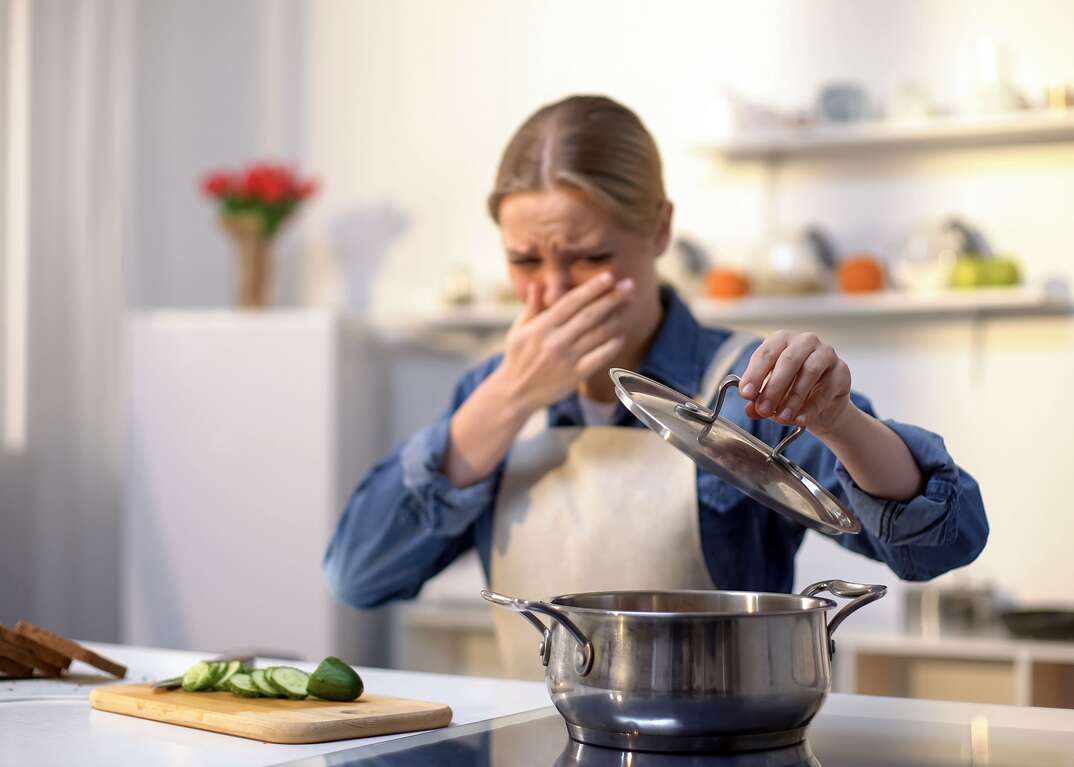 That perfectly roasted salmon or crispy bacon makes your taste buds happy, but the lingering odors aren't so nice to your nose. Strong cooking smells can make your meal stick around a lot longer than you expected. It makes your house smell unpleasant, and it affects your indoor air quality.

This May Also Interest You: 5 Tips for Fresher Indoor Air This Winter

The best approach is to start early to minimize lingering smells. Cleaning well and neutralizing the odors while airing out the kitchen helps it get back to normal faster. Here's how to remedy the situation without giving up your favorite odor-heavy meals.

How Do You Get Rid of Kitchen Smells?

One of the easiest options is to run your kitchen exhaust fan if you have one. Power it up before you start cooking and leave it running even after you serve dinner to help prevent and get rid of lingering odors.

Here are some other tips on how to get rid of cooking smells:

If you have lingering odors, cleaning your air ducts and doing an overall house cleaning can help deodorize it.

Boiling a mix of water and vinegar after you cook can help neutralize the odors. Combine 1 cup of water and 3 or 4 tablespoons of white vinegar in a small pot. Heat it to boiling, remove the lid and let it continue boiling for several minutes. This allows the vinegar-infused steam to circulate in your kitchen and cut down on odors.

You can also boil nice-smelling items in water as a natural air freshener if you're trying to figure out how to get rid of cooking smells. Try a combination of sliced citrus fruit, fresh mint and whole spices to create a pleasant smell.

What Is the Best Thing to Absorb Odors?

Many household items can help absorb odors if you leave them out all the time, or even just when you have cooking odors to eliminate. Try leaving one of these in a bowl on the counter:

If you have kids or pets, keep them away from these items.

How Do You Get Rid of the Smell of Burned Food?

Eliminating cooking smells can be a bit more challenging if you cook your dinner a little too long. Start by disposing of the overcooked food as soon as it's cool enough. Send it down the garbage disposal, or bag it up and take it outdoors. Wash the pan as soon as possible to get rid of any remaining odor. Soak it in dish soap and water if you can't clean it immediately.

Air out the cooking appliance you used and the kitchen in general. If you burn something in the oven, leave the door propped open to let the smell escape. Wipe down the inside of the microwave if you nuked your food a little too long. Open the kitchen windows and run your ceiling or floor fan to help get the burning smell out of the house faster. Keep your exhaust fan running until the smell is gone.

You can also use the boiling vinegar trick and odor absorbers to help get rid of the burning smell faster.

How Do You Get Fried Food Smell out of Your House?

You don't know ahead of time you're going to burn your dinner, but you can anticipate the strong, lingering smell of fried food when it's on your menu.

Get the air circulating early before you even start heating the oil. Open windows with fans pulling air toward the windows, and fire up your exhaust fan. Shut the doors to other rooms, so you don't have to smell fried food when you try to sleep.

Start the cleanup process immediately. Dispose of the oil once it's cool enough to handle, and clean the pans you use. Throw away paper towels or other items and take them outside. Wipe countertops, stovetop, walls and anywhere else that grease splatters. When you're done eating, put the leftovers in the fridge so they don't sit out and continue smelling up the kitchen.

Then, start in on your good smells. Boil vinegar water or a mix of water, citrus fruit and spices. Light your favorite scented candle or run a diffuser with essential oils in it. These good scents can help replace the fried food smell.