Garbage Disposal Not Working? Here's How to Fix Common Issues 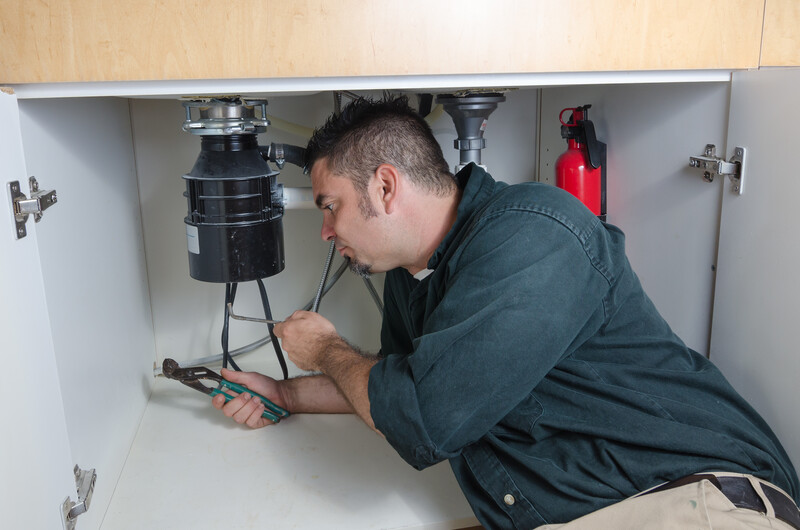 Is your garbage disposal acting up? Thanks to daily wear and tear, your home's garbage disposal may need repaired from time to time. Common issues include dull blades, leaks, clogged drains and unpleasant smells. 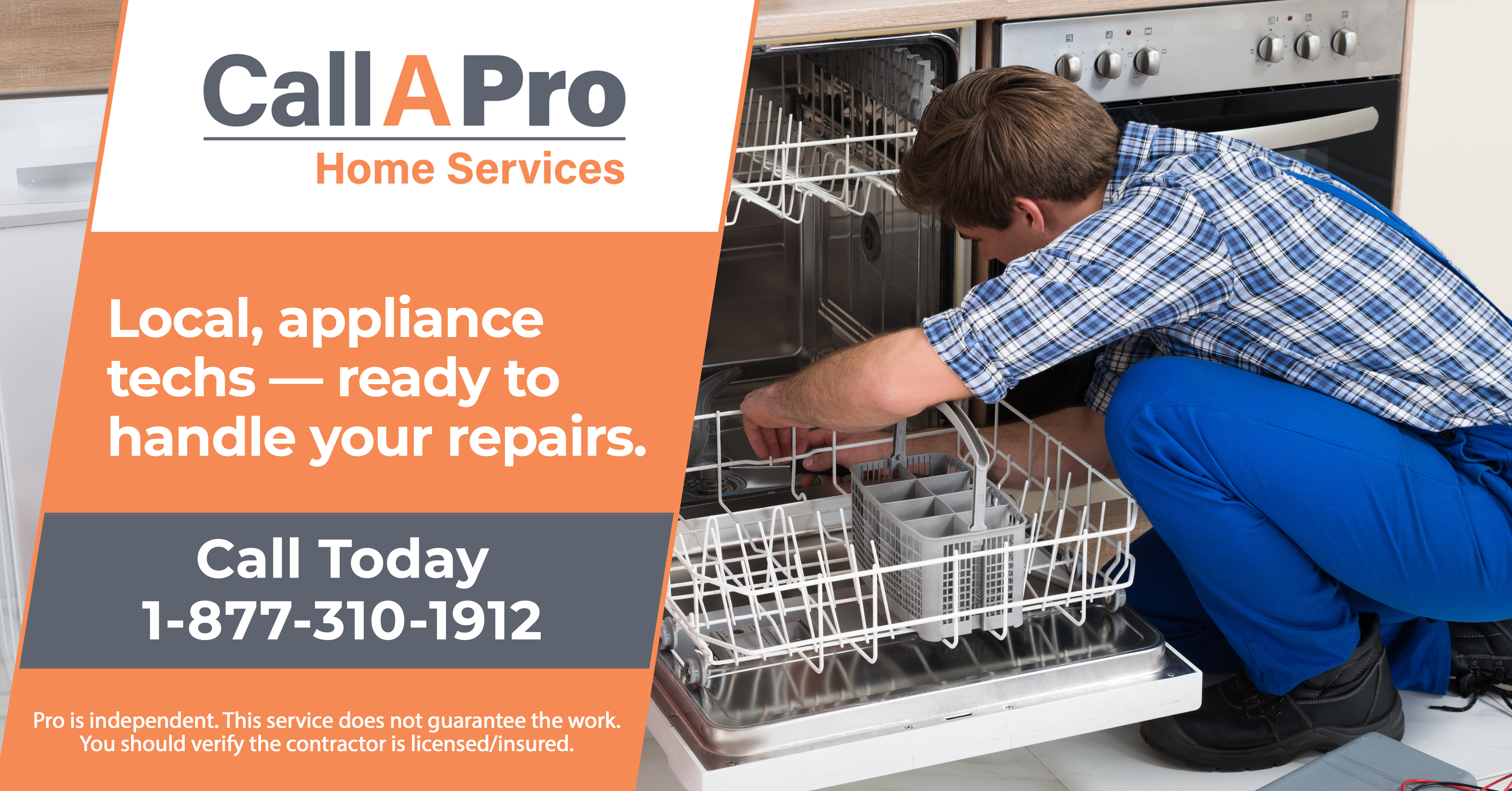 This May Also Interest You: How Much Does It Cost to Install or Replace a Garbage Disposal?

Fortunately, you can address many of these issues yourself. The first step is to identify the problem. Here’s a troubleshooting guide.

Before you inspect or fix your garbage disposal, turn off the breaker that sends power to your kitchen. Disconnecting the power ensures you won't be injured by electric shock or be cut by the blades if the system unexpectedly turns on while you’re working on it. In some instances, you may also want to disconnect the drainpipes.

If Garbage Disposal Refuses to Turn on at All

If you flip the switch and nothing happens, a variety of issues could be the cause. Disposals are fairly simple machines, however, so it is generally easy to figure out what is causing this malfunction. These are three most likely reasons your garbage disposal isn’t turning on:

Start with the simplest solution: Check to see that the power cord is plugged in. If it’s plugged in and still not getting power, flip the breaker and check to see if there is a blown fuse.

If these two methods don't solve your issue, shine a flashlight into the unit to see if anything is clogging it. In most cases, the blockage is removable with a pair of tongs. After removing it, power the unit on. The blades should spin freely.

If none of these operations work, there is a chance your garbage disposal requires a complete replacement. Garbage disposals are easy to install and should come with instructions in the user's manual. Most models require just a few simple tools, and the disposal will be operable in a few minutes. 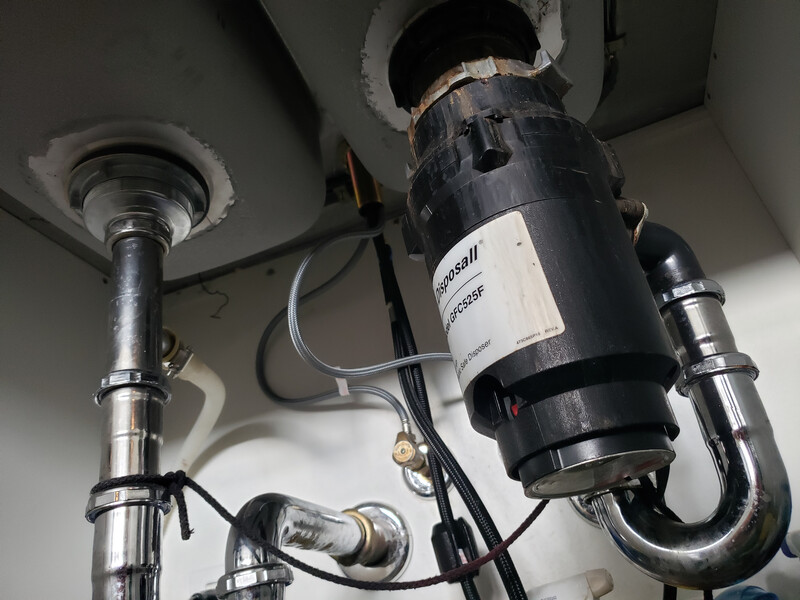 If There’s a Humming Sound

Hearing a humming sound coming from the disposal? This is another common issue. Usually, this means there is power going to the disposal, but the motor can't turn the blades to chop waste before it goes down the drain. The following are some common reasons why the blades won’t turn:

If your disposal is overheating, the first thing you should do is give the motor and blades time to cool down. After a while, your garbage disposal should be ready to go again.

If these fixes don’t work, it may be time for a new grinder.

If You Notice Leaking

Every drop of water that drains from the kitchen sink passes through the garbage disposal. Because of that, there is a chance that leaking may occur. Leaks may start as harmless droplets, but they can develop into very serious issues if they are not addressed right away. You’ll usually find the source of leaks in these places: 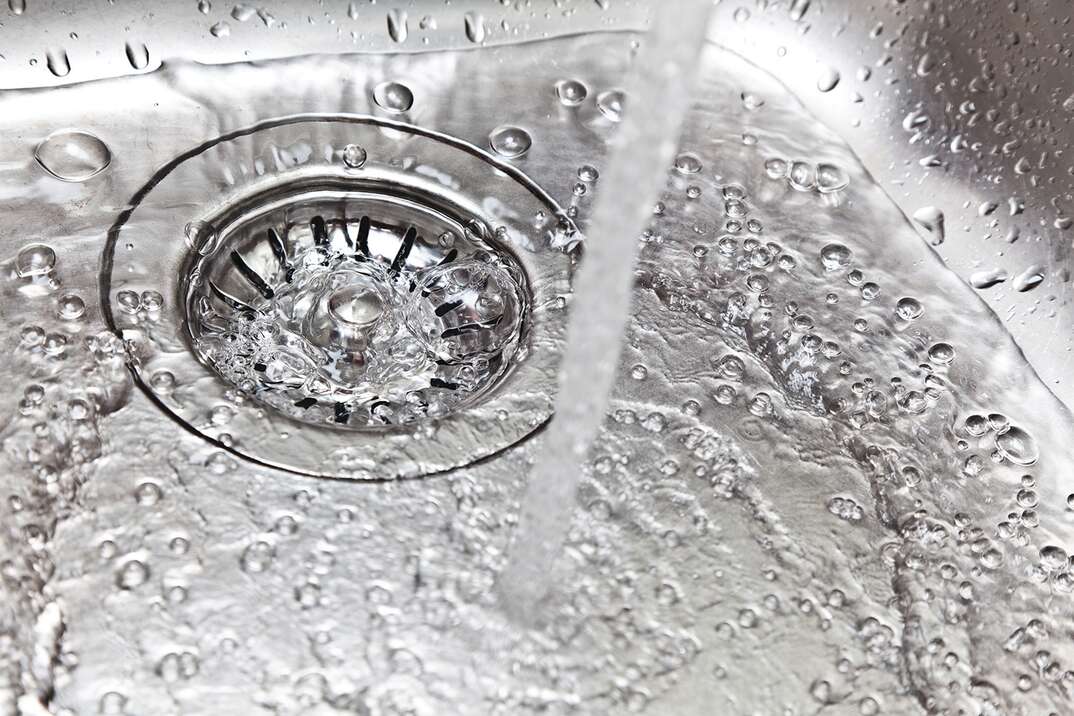 The first thing you need to do is to find the source of the leak. A bad connection in the drain line can be fixed with a clamp or a zip tie. Epoxy can be used to seal off cracks that develop anywhere in the housing. You can prevent minor and major flooding using these techniques.

Another thing to seal is the dishwasher's connection to the drainpipe. A loose connection here causes leaking in the disposal because food drained from the dishwasher passes through the disposal. Solve this issue by either securing the hose or installing a replacement hose.

Did you just walk by your kitchen sink only to notice there is some sort of bog starting to develop? The water in the sink may be draining slowly, or it may not be draining at all. This isn't something that is simply caused by food waste caught in the blades.

Usually, the cause of this issue is a clogged drain trap. The drain trap is the pipe that has an S-shaped curve. It may also be a P-shaped pipe. If there is too much food, the debris passing through the disposal could rest in the curves and get trapped. Clogs can form as more debris gets hung up on these curves, causing your sink to drain slowly.

The first step you want to take when fixing your drain trap is to disconnect it from the system. Before you do, be sure to put down a bucket to catch any water that was previously blocked by the clogged trap. Then, clean it out using one of the following methods:

If You Smell an Unfortunate Odor

You’ll know it when you smell it: The foul odor that develops when food waste sits too long in your drains. Eventually, it will start to decompose and stink up your kitchen. If you don't address the problem immediately, it's only going to get worse.

Luckily, there are several different remedies you can try to get rid of a terrible smell coming from your garbage disposal:

The best way to fix a problem with your garbage disposal is to prevent one from occurring in the first place. Use these tips to ensure you don't do anything that might damage your disposal: