Why Do My Drains Smell? 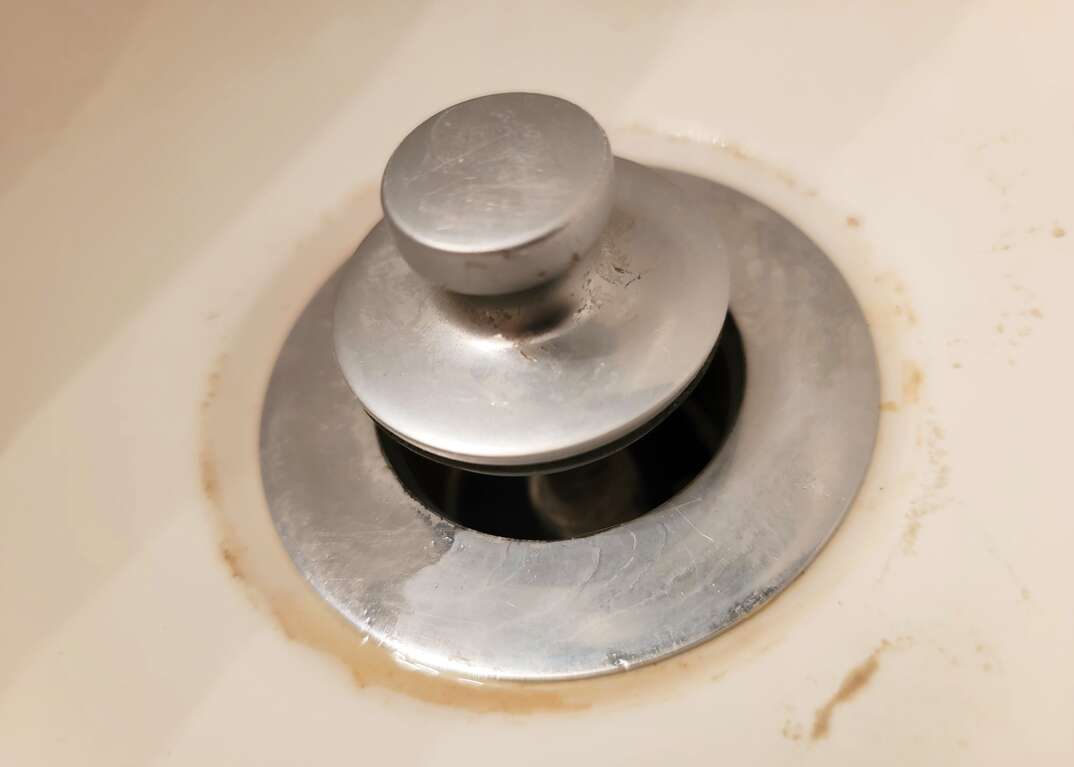 Walking into your kitchen to find a bad smell wafting from the drain is not pleasant. It may also leave you worrying about the cause of the odor.

This May Also Interest You: Top 3 Signs You Have Septic or Sewer Issues

There can be many causes of smelly drains. Understanding the reason behind your drain’s smell is the first step to clearing the air.

Why Does My Drain Smell?

Some of the most common problems are:

If something is caught in a drain and stops water from flowing, this blockage can begin to rot and cause a foul odor. 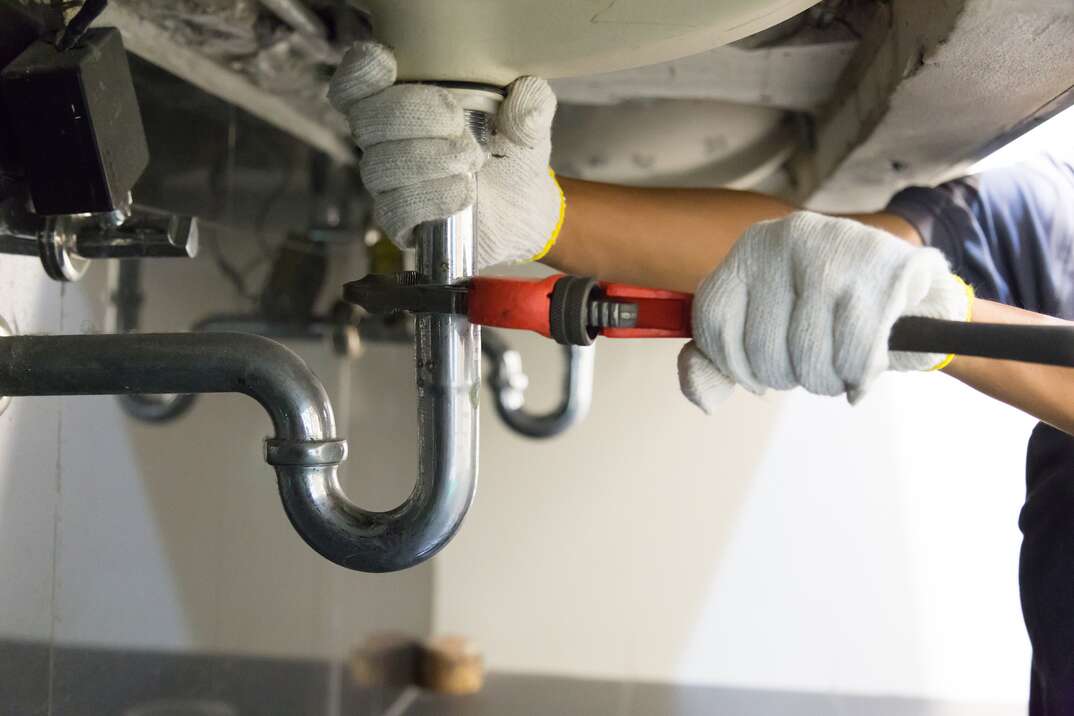 P-traps are under every sink in your home. They trap debris before it goes down the drain and the water pooled in them blocks sewer gas. If a P-trap gets dry, odors from the trapped debris can be released, and sewer gas may also rise up the drain.

Your drainpipes are connected to venting pipes that lead to your roof. These pipes bring fresh air in and allow bad odors to escape. If a venting pipe is clogged from outside debris, such as leaves or a bird's nest, the bad smells are forced back down into your home and out your drains.

Moist environments are the perfect environment for mold and mildew to form. If mold grows in your drains, it can lead to bad smells. This is often a problem with drains that aren’t used regularly.

A rotten egg smell is caused by hydrogen sulfide. This is one of the compounds found in sewage but can also be caused by a bacteria build-up. Although the smell can be overwhelming, hydrogen sulfide itself isn’t a health risk. However, it can indicate a more serious problem with the sewage line, so it’s important to diagnose the problem.

First, check if the problem is with your water by filling a glass with water from your sink and taking it outside to smell. If your water smells like rotten eggs, contact a plumber to investigate the problem because it could be a problem with your hot water tank, water supply or plumbing.

If your kitchen sink smells like rotten eggs, it’s most likely due to grease or fat stuck in the drain. The bacteria that grow on these substances usually have this smell. If the hydrogen sulfide smell is in your bathroom, it’s more likely to be caused by a clog or dry P-trap. There are actions you can take to fix these problems, but if the smell persists, it’s time to call a plumber.

Why Does My Kitchen Drain Smell? 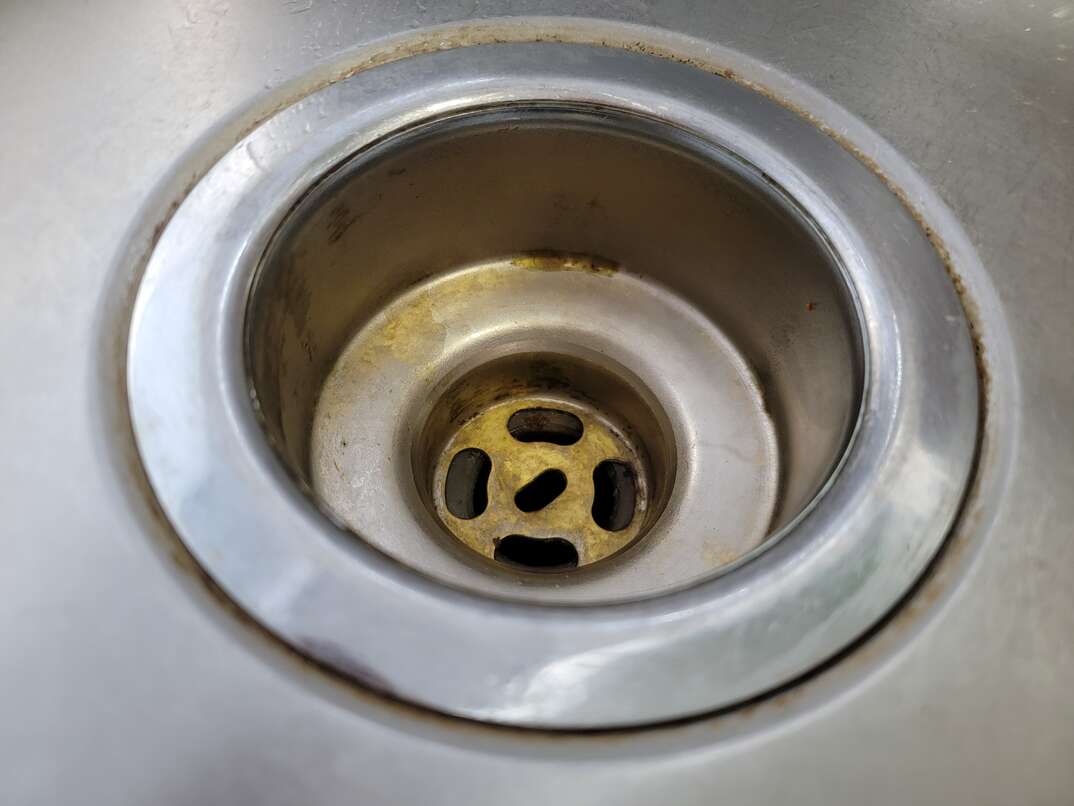 The most common cause of kitchen drain odors is rotting food. Food can stick to the sides of your drain or get caught in the garbage disposal, and even small amounts can rot and cause a bad odor.

Why Does My Shower or Bath Drain Smell?

Hair, soap and other substances build up in shower drains and become a breeding ground for bacteria, causing a smell. Another common cause of bad smells in bathrooms is a dry P-trap, especially in guest bathrooms that are rarely used.

How Do You Fix Drain Smells?

The first step to take is always flushing your drain with boiling water. If the problem is a dry P-trap, this will fill it again. If the issue is debris or a blockage, boiling water can help move it.

If this doesn’t work, try pouring 1 cup of baking soda down the drain, followed by 1 cup of vinegar. Let this sit for 10 minutes, then flush with boiling water. This can help dissolve a blockage and scrub away residue stuck to the sides of drains.

What Do You Do If You Smell Sewer Gas From a Drain?

If you’ve tried the above steps and the sewage smell remains, try doing a full clean of your sink to remove the blockage. If you can safely access your venting pipe, you may also want to check for blockages there. If this doesn’t work, it might be time to call in a professional.

How Do You Keep Drains From Smelling in the First Place?

If you want to stop the problem before it starts, make sure you regularly flush water down any drains that aren’t used regularly. You should also be careful of what goes down your drains. Never pour fat or grease down your sink, and always put food waste in the trash or a compost heap. In the bathroom, use a mesh screen or similar device to catch hair before it goes down the drain. Lastly, never flush anything down the toilet besides toilet paper and human waste.