Why U Trippin’? 3 Reasons Your Circuit Breaker Trips 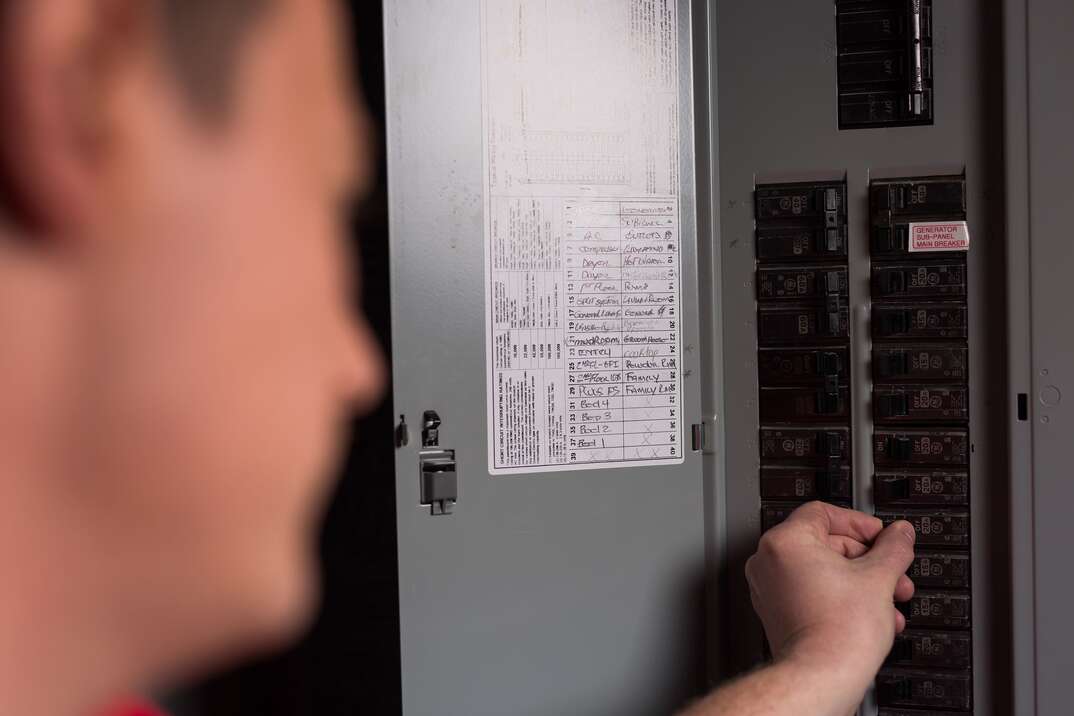 It always happens at the worst moment. You have your TV on your favorite show to binge on Netflix as you try to sit down to relax after a long day, or you’re trying frantically to get a million things done all at once and, just like that ... everything’s off. The room goes dark, the TV blips out, your phone stops charging — and there you sit in utter silence, wondering what the heck just happened. Your circuit breaker just tripped. Again.

This May Also Interest You: Wrong Kind of Blowout? Why Your Hair Dryer Trips the Circuit Breaker

What Is a Circuit Breaker?

Most of us don’t really know all the ins and outs of how the electricity in our house works. We just plug something in, flip on a light switch and we’re good to go. But there’s a lot more to electricity than just an outlet or switch — and it all has to work just right in order to keep the juice flowing and to keep us safe.

Circuit breakers are switches that automatically interrupt electrical flow in a circuit in case of an overload or short. They’re a safety net to turn things off if too much electricity is flowing.

Because of electrical codes and the dangers of electric shock, it’s best to leave any installation or replacement of circuit breakers to a licensed professional.

There are three main types of circuit breakers, and some even have dual functionality. Each one is able to handle different amp capacities, and each has specific places in the home where it should be used. Here are the three different kinds: 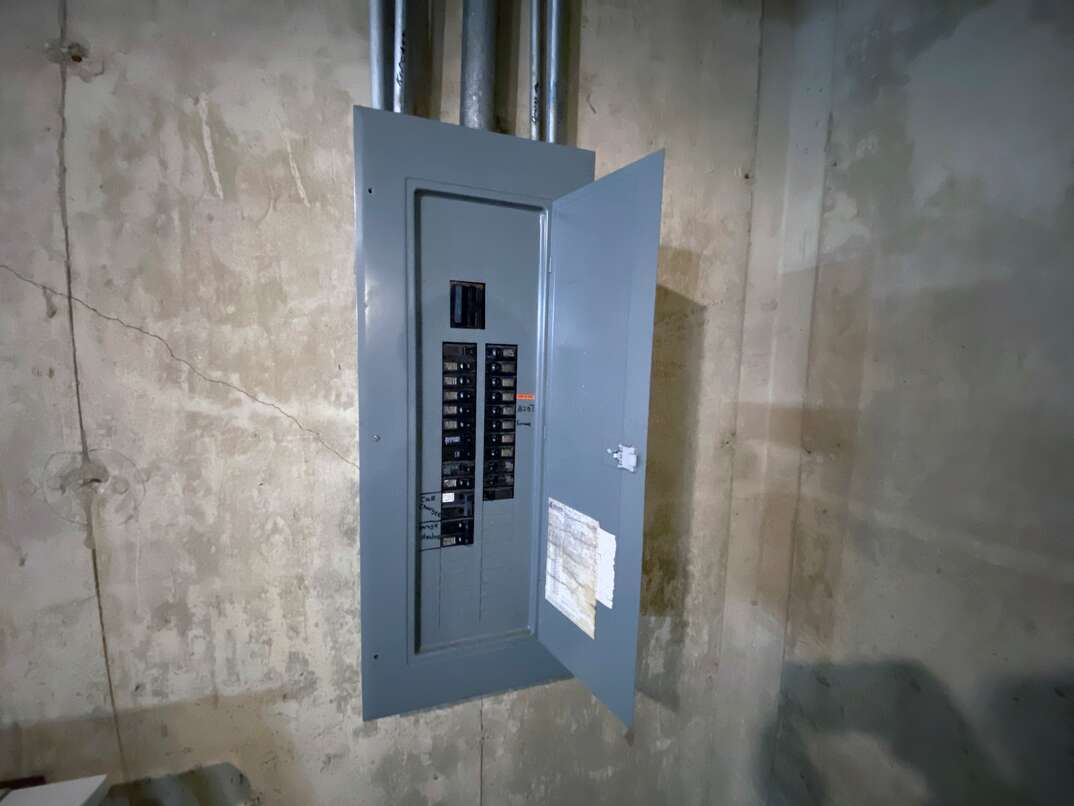 These monitor amp capacity of the devices they operate. If there’s an overload or short circuit, these will break the current to prevent wires from overheating and reduce the potential for an electrical fire.

Ground fault circuit Interrupter circuit breakers cut power to the entire circuit. They are good to use in locations where wetness is common such as bathrooms, kitchens, decks, patios and garages. They’re tripped by an overload of current, a short circuit or a line-to-ground fault. This can happen when an unwanted path forms between an electrical current and a ground element.

Arc fault circuit interrupter, or AFCI, circuit breakers offer protection against an unintentional electrical discharge in an electrical cord or wiring that could end up leading to a fire. They provide protection during quick surges.

Circuit Breakers Are Not All the Same

Circuit load determines the breaker size that you need. Not all breakers are interchangeable, so it’s important to determine the amp size of the circuit breaker that needs to be installed based on the total circuit load. Long-term large appliances like air conditioners, washers, dryers and ovens require their own dedicated circuit to make sure the circuit can handle the amount of electricity.

Why a Circuit Breaker Trips

Circuit breakers are there to protect you and your home. So it’s important to know why they trip and what you can do about it. If the power goes out in one area of your home only, it’s likely a tripped circuit breaker.

A circuit breaker that trips because it has exceeded its maximum amperage will have the switch handle moved between the “on” and “off” position. You may even see a red area showing you that it has tripped. To reset it, you just turn the breaker off by moving the switch to the off position and then turn it back on.

Here are the three common reasons why a circuit breaker trips:

This is the main reason, and happens when the circuit receives more amperage than it can handle. It can also be caused by loose or corroded wires or connections. If it’s overloaded, you may need to just remove something from the circuit.

This happens when a hot or active electrical wire and a neutral wire touch. This causes a large amount of current to flow, overloading the circuit. It can cause sparks, popping sounds or even smoke. The problem could be caused by loose connections, a slipped wire or even damage from animals chewing on wires. Short circuits are more dangerous due to high temperatures from the current flow, which can pose a fire hazard. The fix for this issue is best left to a professional to handle.

This can happen when a hot or active wire makes contact with the ground wire, a grounded portion of the junction box or a grounded area of an appliance. When contact is made, large amounts of current go through the circuit breaker, which can cause it to trip. Ground faults usually happen when there’s damaged or defective equipment and, again, are usually best left to a professional to handle.

How to Tell If Your Circuit Breaker Is Bad

If your circuit breaker is bad, it may not end up tripping — even if there’s too much electricity flowing through the circuit. This can be a serious problem because it could lead to an electrical fire in your home.

Fortunately, there are warning signs. Here are some typical red flags that a circuit breaker is bad:

It’s important to replace a circuit breaker if any of the above signs are present.

Is It Really the Circuit Breaker?

Some people think they need to replace the whole circuit breaker if it keeps tripping, but that’s not always the case. Circuit breakers trip to protect your home from electrical issues like short or overloaded circuits.

So you’ve checked your electrical panel and it doesn’t appear the breaker is bad. Now what? Here are three simple steps that you can take at home to see why your circuit breaker is tripping.

First, look at the circuit breaker panel and look for the label next to the tripped breaker; it’s usually located on a label sheet on the panel’s door to tell you what circuit the breaker is protecting. For that reason, it’s important to make sure these are labeled correctly.

Next, flip the breaker into the off position. With the knowledge of what the breaker is supposed to cover, start by unplugging or disconnecting lamps as well as electronic devices like TVs or computers from the outlet associated with that circuit. This can help rule out a short or overloaded circuit. When a circuit has more amps flowing through it than it can handle, it may just seem like it’s a bad circuit.

If that’s the case, you may need to either remove some devices from outlets that the circuit breaker covers or consult with a licensed electrician about upgrading your breaker.

Here are some steps you can take to ensure the electricity is flowing safely at home and to keep circuit breakers from tripping: