How Much Does Snow Removal Equipment Cost? 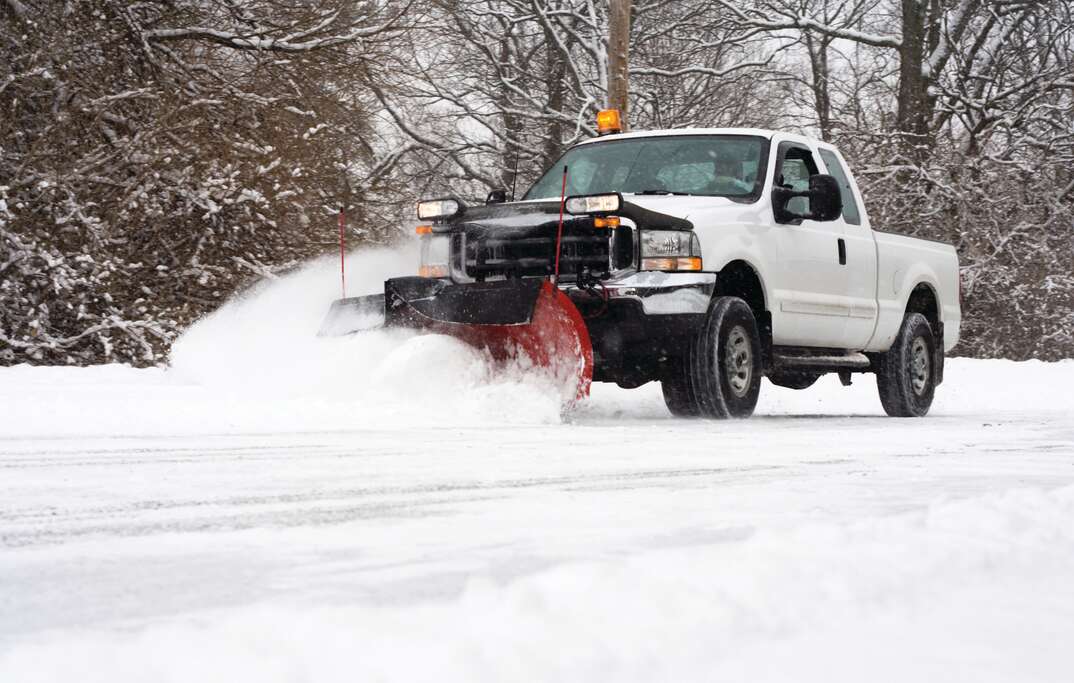 Living in an area with heavy annual snowfall can be both a blessing and a curse. Although it looks picturesque, a thick layer of fresh snow can make your driveway inaccessible or even cause your roof to buckle.

This May Also Interest You: Digging Out: 6 Things Homeowners Should Do Right Ater a Blizzard

In this situation, you'll probably start reaching for the phone to call a professional snow removal service. Before you do, it's worth finding out whether buying your own snow removal equipment would be a more cost-effective solution in the long run.

How Much Does a Snowplow Cost?

The answer depends on the size and brand and type of snowplow you want to buy. If you only need to plow a small area, such as a residential driveway, a personal snowplow should do the job. These lightweight plows attach to the front of a car or truck and can be quickly detached and stored when you don't need them. Expect to pay between $500 and $2,000 for a personal snow plow attachment, according to pricing data from Snowplows Direct.

However, if you intend to use your snow removal equipment to clear a large area, such as a street or shared parking complex, you may need a commercial snow plow attachment. Prices for commercial snowplows start at around $5,000.

Alternatively, if you don't want to invest in a plow or lack a suitable vehicle to attach it to, you could hire a professional removal service to plow your driveway for you. According to HomeGuide, contractors generally charge between $30 and $70 per session, or $600 a season.

How Much Does a Snowblower Cost?

According to Consumer Reports, the average purchasing price for a residential snowblower is around $875. Keep in mind that you'll also need to pay for fuel if you buy a gas snowblower. This should come in at around $10 per year, but you may need to pay more for gas if you have frequent snowy spells where you live. Like any gas-powered machine, a snowblower requires regular maintenance, adding up to around $100 per year.

If you prefer to hire a snow removal service to clear your driveway with a snowblower, Fixr says it should cost somewhere between $35 and $75 per session. This is equivalent to between $50 and $100 per hour for labor and equipment costs.

How Much Does a Snowthrower Cost?

Snowthrowers aren't as powerful as snowblowers, but they're a good option for tackling relatively shallow snow. They're also significantly cheaper to buy, maintain and run than snowblowers.

A basic corded snowthrower costs between $100 and $300, according to Bob Vila. You'll need to shell out between $250 and $900 for a battery-powered model. The cheapest battery-operated snowthrowers are generally less powerful than their corded counterparts. They also might not come with batteries, so don't forget to factor in the cost of buying and replacing the batteries into your overall spend. More expensive models often have extra bells and whistles, such as headlights and a safety shutoff mechanism.

Generally, snow removal companies use more powerful equipment than a snowthrower, such as a plow or blower, to maximize productivity. Therefore, it's hard to say how much you would pay for this service.

Should You Buy Snow Removal Equipment or Pay for Professional Services?

If you're considering purchasing your own snow removal equipment, the first thing to weigh up is how long it will take for your equipment to pay for itself. Estimate how much you would expect to spend on snow removal services over the next few years and compare it to the cost of buying your own plow or blower outright.

If you live in an area that experiences a lot of heavy snowfall, you could find yourself saving the cost of your equipment in as little as a single year. However, it may not be such a worthwhile investment if you only need your driveway plowed once in a while.

Remember that snow removal equipment won't last forever, and the expected lifespan depends on the model, the manufacturer and how well you maintain them. It's worth checking reviews to see how long you can expect your new equipment to last. If it takes longer than the expected lifespan to make your investment worthwhile, you may be better off paying a snow removal service to clear your driveway.

Other factors to consider include whether you have the space to store a large piece of equipment such as a snowplow and whether you are confident that you have the time and knowledge to use and maintain it correctly. Some types of snow removal tools can be relatively dangerous for inexperienced users. For example, using a snow rake designed to remove accumulated snow from a roof could lead to an injury if a large amount of snow falls on you or you accidentally disturb nearby power lines. It's generally safer to hire a snow removal service to clear snow from your roof than to attempt the job yourself.