Everything You Need to Know About Built-in Refrigerators 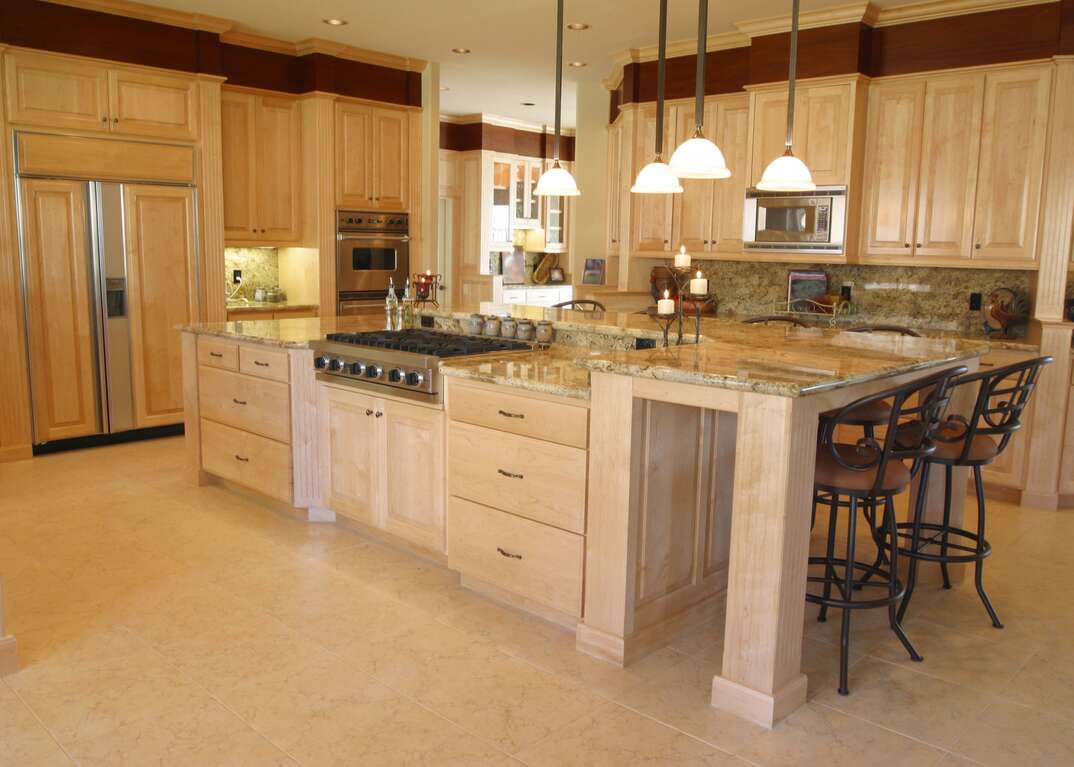 A refrigerator plays an important role in every home. Apart from storing and keeping your food safe, they’re also important in your kitchen design. There are two main kinds of refrigerators: standalone models and built-in fridges.

This May Also Interest You: How Much Does a Fridge Cost?

While standalone models are the more popular, there has been an increasing demand for built-in units over the years. Due to their stylish and clean aesthetic, built-in refrigerators give homeowners a chance to design their kitchen with a newer, more modern look.

Built-in refrigerators offer a higher-end look than freestanding fridges. They’re built to fit tightly into spaces, which helps create a seamless appearance in the area. This differentiates from the traditional fridge, which more than often has open spaces on the sides or at the top when the dimensions aren’t exactly the same as the space they’re commonly placed in. The difference in the open area makes built-in fridges more aesthetically pleasing than their counterparts.

While this can be fixed by simply buying a freestanding model with very similar measurements as the space it’s putting into, you might have trouble finding one with those exact dimensions. Similarly, a lot of these integrated refrigerators use custom panels to match the same color and style as the cabinets surrounding them.

There is no denying that built-in fridges provide a better overall appearance.

A built-in fridge gives you the ability to truly choose the interior design you want for the kitchen. You can choose a refrigerator that truly matches the rest of your kitchen’s interior. Apart from an improved appearance, you also get the freedom to decide how it will look. While the same can be done with traditional fridges, it’s not always possible to choose or find the exact specs.

These types of fridges are often wider than their counterparts, reaching up to 48 inches (121 centimeters). Standalone fridges tend to measure much less, ranging from 30 to 40 inches (75 to 100 centimeters). This extra space can be quite convenient in a fridge. For large families or those who like to fill up the fridge and reduce trips to the grocery store, you might want to get them as wide as you can, as long as you have enough space between the walls. Because they sit flush with the cabinetry, some built-in fridges are not as deep as freestanding ones, affecting the available storage.

You can expect to pay anywhere between $5,000 and $15,000 (CAD 6,350 to CAD 19,000) to install a built-in fridge. Apart from the costs of the model itself, you also need to pay for labor costs for a professional to install it. The refrigerator needs to be properly installed to the wall and plumbing, so it’s not a simple DIY job that you can attempt yourself.

If you’re paying a premium for the unit alone, you don’t want to cheap out and have it installed incorrectly by just anyone.

One thing you should consider before getting a built-in unit is how long you will stay in your current home. If you’re considering moving anytime within the next five or seven years, it might be worth reconsidering this type. You can pay people to move a freestanding model, but you can’t do the same if it’s built-in. It’s not a low-cost project, so think carefully about how important it is for you before going through with it.

Can You Build In a Normal Fridge?

If you’re on a budget but still want to achieve a built-in fridge look, it’s quite possible to do so. However, it’s more than just a surface-level change. Even if your current fridge has the right dimensions or custom panels to look like it’s built-in, achieving the proper ventilation is something else you need to worry about.

If your fridge doesn’t get enough ventilation, it can cause inner components to overheat, significantly reducing the fridge’s lifespan. Built-in models are manufactured with this in mind and thus are created with front ventilation.

Overlay refrigerators are an older, more traditional style of built-in fridges. They often have custom panels on the front that match the exact style of the surrounding cabinets. Most people won’t even recognize there is an appliance behind the panels until it’s given away by their large size. The most popular fridge type with this style is side by side or freezer at the bottom fridges since the motor is often found near the top of the fridge. It’s not as commonly used today, but it was pretty popular when built-in fridges first gained popularity.

An integrated fridge is the more modern version of built-in refrigerators. This version offers a more luxurious style that can still match your kitchen cabinets. However, some people opt to get them in stainless steel to give off an elegant kitchen vibe. The motor for this fridge is located near the bottom. Integrated fridges come in a variety of styles including, side-by-side, freezer at the bottom, freezer at the top and more. Today, they’re the most popular option, edging out the overlay style.

Which One Should You Choose?

Choosing between a freestanding or built-in fridge isn’t always the easiest decision. These two common types of fridges have their own pros and cons that might make one more suitable under certain circumstances.

If the appearance of your kitchen is a huge deal and you want to make the most of your space, built-in fridges should be your go-to option. If you’re on a tight budget or plan to move within the next few years, then a freestanding fridge is your best bet.