When's the Best Time to Buy a TV? 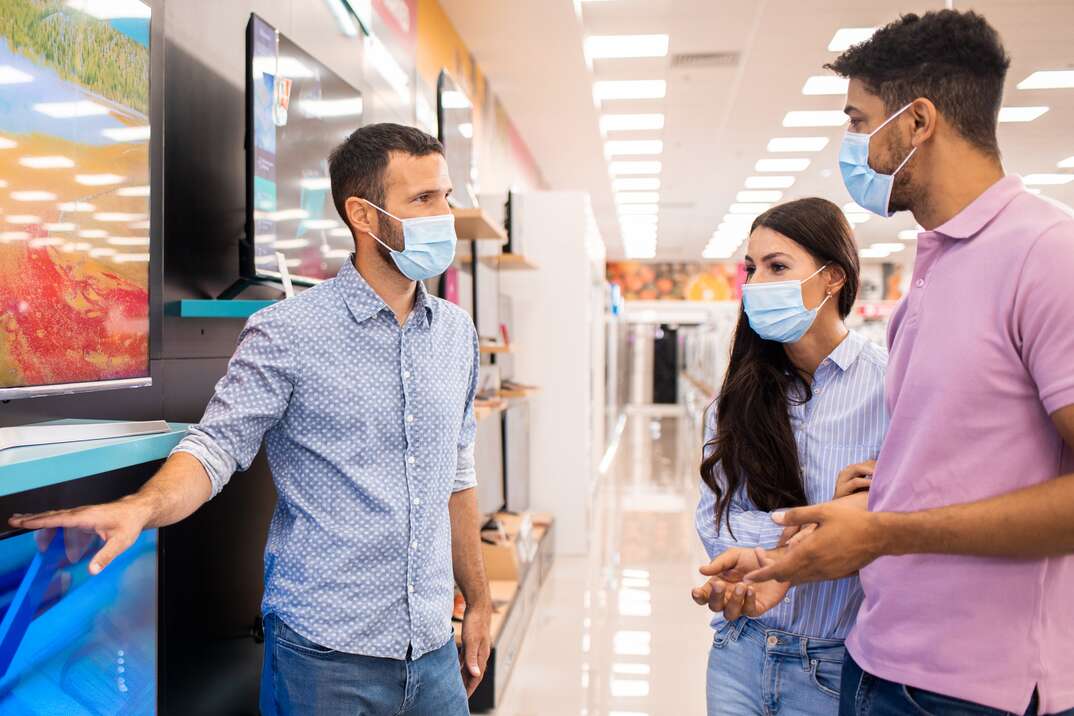 Time to get a new TV? You’ve probably already rationalized the expense and picked out the one you want. But if you can make do with what you’ve got (or watch Netflix on your laptop) for a few weeks or months, you might be rewarded with incredible TV sales.

This May Also Interest You: Can You Buy a TV That’s Not Smart?

You might have heard that the week leading up to Super Bowl Sunday is the best time of the year to buy a brand-new TV. If that’s the case, your window for scoring a touchdown-dance-worthy deal is quickly narrowing fast. But the biggest TV-watching event of the year may not be the only time to find amazing deals on televisions.

Retail experts tend to agree that some of the best TV deals of the year crop up around Super Bowl time. The logic sure makes sense: Who wouldn’t want to watch the big game on a state-of-the-art 65-inch?

If you can hold out until January or February, you can expect some deep discounts on TVs. But it’s not just football-related; NerdWallet says that most TV models have been out for almost a year come February, so they’ve already come down in price.

Most products have an annual release cycle. For example, you probably know that new-model-year cars come out in the fall, or that new iPhones hit stores every September. With TVs, that time of the year is spring.

Most new TV models are announced at CES (formerly called the Consumer Electronics Show) in January. CNET says these brand-new models are available at stores in the spring.

We should note that current-model-year televisions will not be on sale during this time. However, their counterparts from the previous model year will likely be discounted because stores want to get rid of existing inventory to make room for incoming stock. Out with the old, in with the new.

Yes, this does mean that the on-sale TV you’re looking at is a year old. However, TVs don’t tend to change drastically from one model year to the next, so it’s likely just as good as the new one replacing it. Occasionally, a new feature will hit the scene — like this year’s introduction of QD-OLED technology — and any new tech is going to bring with it a high price. That price will remain high until the feature is widespread, so you won’t see those models on sale soon, anyway.

Your best bet is to compare the specs of the older-model TV with the new one to see if it’s worth purchasing the cheaper, older model.

Stores will be trying to get rid of old-model TVs for several months, so look for big sales around the summer holidays: Memorial Day, the Fourth of July and Labor Day.

You can’t go wrong buying a TV during Black Friday and Cyber Monday sales events, either. According to Business Insider, Black Friday is the best time to buy a current-model-year TV. It’s often the first time these TVs will go on sale. So, if you’ve compared the specs between model years and decide you want the newest one, wait out spring and summer sales in favor of Black Friday ones.

Thanks to extended Black Friday deals and Cyber Monday sales, you no longer have to camp outside your local big-box store to be in line for the early-morning doorbuster deals. These days, you might get a week or two to decide what you really want. Still, stock may be limited, and stores may not offer rainchecks. Before you buy a TV online, you should take a look at it in the store to make sure the picture quality is what you want.

It’s also important to do your research, here. Compare prices across stores to see where you can get the most bang for your buck. (BlackFriday.com might be a good place to start.) But also, take a look at how much the TV normally costs. Depending on the price of the TV, $30 to $50 (CAD 40 to CAD 65) off for Black Friday may not be the lowest price out there — and it’s probably not the lowest the price will go.

Amazon Prime Day — a 48-hour sale that typically falls in June or July — has become a shopping holiday in its own right. Amazon offers its Prime members discounts on all kinds of products, including televisions. Flash sales offer a limited number of items with deeper discounts, so watch out for those. Bob Vila says other retailers, like Walmart and Target, may offer discounts to compete with Prime Day pricing.