What Will $1000 in Rent Get You in these Major US Cities? 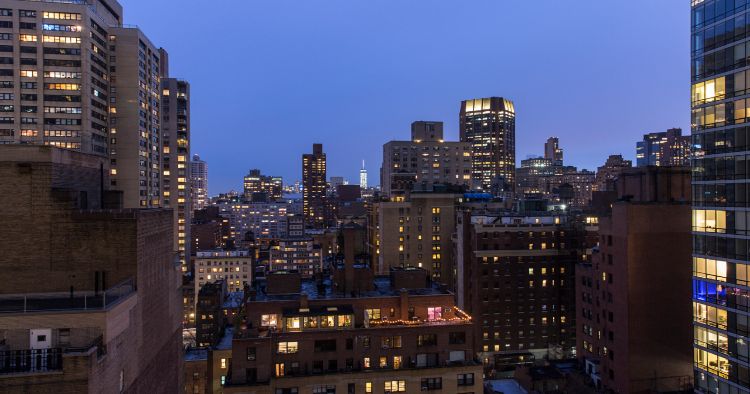 As a kid, I loved playing the game Monopoly. Buying the most expensive real estate (ie Boardwalk and Park Place), adding homes and hotels, and collecting money from my siblings was a source of great joy. But the concept of real estate meant nothing to me. It wasn’t until I was much older (a college graduate) and contemplating a move to a city apartment that I realized how expensive real estate is – regardless of whether you’re a renter or looking to buy a home.

The city life was always my dream. I watched my first episode of Friends on Netflix, and the lure of bright lights, big city life and a rent-stabilized apartment was appealing to me. (Visions of me hanging with my roomies and enjoying a latte at The Central Perk is all I envisioned.) Unfortunately, once I started researching the prospect of living in a big city, I quickly realized how naïve I had been and that there’s a huge price to pay. City rents and real estate prices can sometimes break a budget.

The question that swirled in my mind was how does the cost of living compare between the cities (and suburbs) on my list? Will $1,000 a month be enough to secure my ideal space in the city of my dreams?

If you’re considering a big city move, help yourself make the decision by checking out the average cost of rent in these major U.S. cities:

As one of the most expensive cities in the country, renting a space for $1,000 a month in New York City is a challenge. In fact, Business Insider estimates an average monthly rent in Washington Heights of $2,175 – which is located in the highest part of Upper Manhattan - and is NYC’s most affordable neighborhood.

With that in mind, you'll need to sacrifice space and may have to share a bathroom with other renters to make your budget work in Manhattan. You'll also get far more bang for your buck if you split the rent with roommates. Rent prices are quickly rising in Brooklyn, Queens and the Bronx, but you can still find some deals. Just know that you'll be heading to Ikea for some small-space décor ideas.

In April, the Boston Globe covered a real estate report, which found that Boston's rent is rising. In fact, the average rent for an apartment in Greater Boston is $2,152, which is 4 percent higher than last year's prices. As such, paying $1,000 a month to rent in Boston is generally only possible if you split the cost with roommates. However, you can find one-bedroom apartments in surrounding areas, such as the city of Lowell. But it will be at least a 45-minute commute into downtown Boston (without heavy traffic.)

Close enough for quick jaunts to NYC, Boston can be a good option if you and your roommates want to live in a city, but your budget doesn't have room for the Big Apple. According to Nerd Wallet's calculations, the cost of living in Manhattan is 60 percent higher than Boston. That means you'd need to earn nearly $72,000 in New York to sustain the lifestyle of a $45,000 income in Boston.

Your chances of renting a place for $1,000 a month in Miami depends on where you look. According to Business Insider, the average monthly rent in Miami's most expensive neighborhood - Brickell Key - is $2,451 but drops to $1,342 in the more affordable areas like Flagami.

Get a Home Repair Plan Today

Your money will go relatively far in this Texan city, where you can find a studio apartment for much less than $1,000. The Travel also noted that you can rent a duplex with access to a community pool for as little as $1,400 a month. Apartment complexes are popular in Houston, which means you can enjoy perks like pools and fitness centers that are hard to come by in cities like Boston and New York.

Houston's more affordable neighborhoods offer average monthly rent costs as low as $653, with the pricier areas of the cities hitting an average of $1,865, according to Business Insider.

Spending $1,000 on rent in Atlanta is very doable - in fact, you may even be able to rent an entire house with that budget. Apartment List's Atlanta Rent Report confirmed that the city remains one of the most affordable metropolitan areas in the country, with the median one-bedroom rent landing at $1,030 and $1,190 for two-bedroom units.

Much like other cities, rent in the nation's capital depends on the neighborhood. While cost of living is more affordable in Washington D.C. than it is in New York City and San Francisco, it's still steeper than in Boston, Chicago, Miami, Houston and Atlanta. That being said, renting a one- or two-bedroom space for $1,000 a month is definitely possible.

Use online cost-of-living calculators to see how far your current salary will go in the city you choose. Nerd Wallet, PayScale and Bankrate calculators, plus money-managing apps, can provide the cost of living comparisons and budgeting support you need to make your move.

When it's time to leave the renter's lifestyle behind and purchase your own home, know that you'll be responsible for home repairs. That’s why we suggest being prepared with a plan before things break down. See how plans from HomeServe can help with the costs of covered home repairs.