What is a hydrogen boiler & how does it work?

In an effort to reduce our greenhouse gas emissions by 80% by 2050, the UK government is seeking to change the way in which we heat our homes. According to recent figures, heating constitutes around 40% of the UK’s energy consumption*. The introduction of fuel sources such as hydrogen could help us reduce our carbon footprint. Find out about hydrogen boilers below.

How do hydrogen boilers work?

The premise of a using hydrogen to fuel appliances is that it will reduce carbon emissions. Hydrogen would be used as an alternative to Natural Gas, LPG and oil; which all produce carbon dioxide as a by-product of the combustion that takes place.

There have been many suggestions as to how hydrogen can be produced as a fuel source. This includes an electrochemical process where hydrogen is separated from the source fuel. In this case, the carbon emissions would have to be captured and permanently contained.

Other processes include electrolysis, which involves splitting water into its constituent elements of oxygen and hydrogen. Another suggested method is the use of electric heating systems, though the balance of the generation of electricity must be considered. 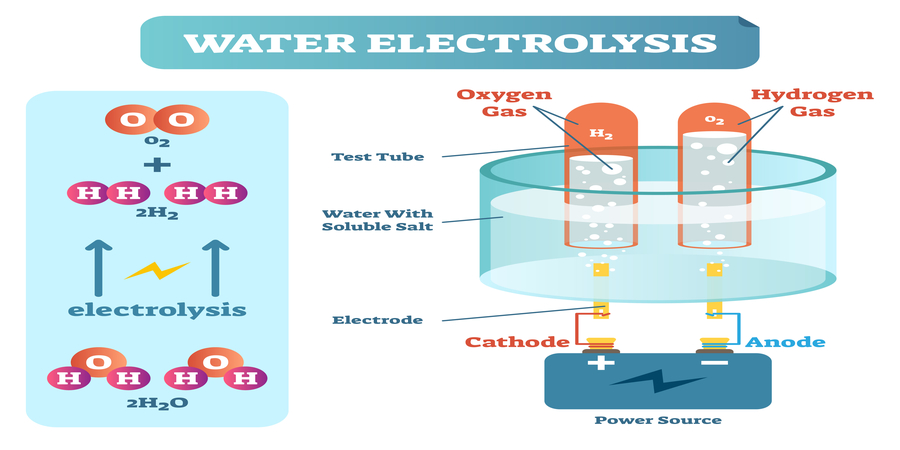 There is also the option of developing hybrid heating systems where the hydrogen boiler would be linked with an air source heating pump outside of the home. Finally, trials are underway at Keele University to develop a natural gas/hydrogen blend that will use 20% hydrogen**.

A decision about the exact way in which hydrogen fuelled boilers will be used is yet to be made. However, developments are ongoing and brands such as Worcester Bosch have already developed a prototype boiler that is designed to run on 100% hydrogen gas.

What are some of the potential pros and cons of hydrogen boilers?

Where can I get a hydrogen boiler and how much could one cost?

There are currently no hydrogen boilers available on the market. Many are still in the prototype stage. However, you can rest assured that the team at HomeServe will provide you with a suitable and energy-efficient heating solution for your home – whether using the current fuels sources that are available or using hydrogen once it becomes available.

Costs for hydrogen boilers and their usage have yet to be determined and manufacturers are looking to produce appliances that are able to be converted to hydrogen at a limited cost.

Currently, hydrogen can be expensive to produce and transport. However, new advancements are being tested to see how these costs can be reduced, such as using ammonia to transport the hydrogen gas.

What can I do in the meantime to heat my home efficiently?

Whilst the plans for hydrogen boilers are ongoing, there are a number of alternative ways in which you can enhance energy-efficiency in your home. This includes:

For more tips on how you can make your home more energy-efficient, visit our HomeServe page on “How to save gas at home and reduce your energy bill.”

How to get rid of kitchen sink smells

What type of shower works best with a combi boiler?

Interested in all things fashion, travel, culture and a sprinkle of lifestyle, Tyeish is a Content Writer with a lot to say. Whether it’s helping you choose between bohemian or industrial for your home, or helping you keep up with the latest fashion trends, you can count on Tyeish to provide you with a fun and upbeat read!

What type of shower works best with a combi boiler?