What damage can a leaking shower do?

A leaking shower isn’t always obvious to spot, but the damage can be significant and costly if it’s left unchecked.

In this guide, we’ll tell you how to spot a leaking shower and what the likely causes might be. If it’s an easy DIY fix, we’ve got some top tips to help you get things running smoothly again, plus, if you decide to call a expert to repair it, some quick temporary fixes while you wait.

How to identify a leaking shower

A leaking shower is not like a dripping tap. That drip, drip, drip is a constant reminder to fix it. And the fix is usually something easy like replacing the tap or calling a plumber.

With a leaking shower, the problem isn’t always as obvious. It could be undetected for a while, especially if the leak is behind a wall or under the shower recess.

How do I know my shower is leaking?

Sometimes it’s obvious that your shower is leaking. You may notice some damage to the tiles on the wall. You might notice a trickle running from where the shower fittings and the tiles meet. A hairline crack could appear on the surface of the shower tray.

The less obvious signs that your shower is leaking

A leaking shower is more often a slow burner. You might not realise it, but that flaking or peeling paint in your bathroom, that musty smell, to mould growing on that jacket in your wardrobe, or that damp carpet you blamed on your dog might actually be a symptom of a leaking shower.

Does a leaking shower do much damage?

The tricky thing about a shower leak is that the damage can be hidden behind a wall or floor. This is why you should investigate it and get it fixed as quickly as possible so you’re not faced with an emergency or a costly repair.

Common causes of shower leaks and how to fix them

Below are the most common causes of shower leaks and what you can do to fix them. Remember, some solutions require a certain degree of plumbing knowledge. Please don’t attempt any repairs unless you’re confident in your plumbing skills.

Some of the obvious causes of a leaking shower can be traced back to old or badly installed shower fittings or tapware. Replacing these fittings can sometimes alleviate or even completely stop a leak.

The reason: If your shower head is leaking, there are two potential reasons causing it to drip: a limescale build-up or a faulty rubber washer – a circular rubber detail that insulates your showerhead.

How to fix a leaking showerhead

The reason: Shower hoses are moving all the time so they’re subject to regular wear and tear. So keep checking it, and replace it as soon as you see cracks or damage.

How to replace a leaking shower hose:

The reason: Most of the time, the shower mixer tap leaks because of a worn rubber seal. You can find it between the neck and the spout of the mixer, and in order to fix this leak, you should replace the damaged seal ring.
The solution:

How to fix a leaking shower bar mixer:

The reason: If you’ve tried changing the rubber seal but it didn’t help, the problem could be the shower valve. This is a part of the shower that sits behind the shower tap and directs the hot and cold water to the showerhead. Over time, it gets damaged and clogged up by water residue or limescale.

How to fix a leaking shower valve:

These are harder to detect than faulty shower fittings. Cracked tiles or grouting can develop over time, and a hairline fracture on a fibreglass shower base might open up into something more substantial when you’re standing, but when you look at it while you’re not putting weight on it, you can’t see how it could cause a leak.

Another common cause of a leaking shower is the separation between the wall tiles and the floor tiles where they meet at the base of the shower. This can be particularly difficult to spot because it’s well below eye-level. A gap here can allow water to seep through to the surfaces below.

The reason: Sometimes even the waterproof surfaces turn out to be the cause of a leaking shower. As your tile grout cracks, the water gets between the tiles and eventually soaks into the surface behind or under them.

How to fix a shower leaking through the tiles:

Blocked or clogged drainage pipes can also be a contributing factor to a leaking shower. Hair and soap residue are often the culprits when it comes to shower drainage problems. They can overload the pipes and lead to leaks. Read more on how to unclog a bath and shower drain with our guide.

What problems can arise due to improper drainage?

If blocked drains occur on a regular basis, other parts of the shower that would not normally be subjected to a constant flow of water can be exposed to its damaging effects.

How do you identify drainage problems?

The reason: With a leaking shower drain, you may not even notice until the leak reaches the ceiling underneath the bathroom. The most common reason for this is weak drain connections.

The solution: Shower and bath drains are both connected to a U-bend (a.k.a. P-trap) that prevents your sewer gases from going back into your drain and, at the same time, allows wastewater to go down to the sewer. If the U-bend hasn’t been incorrectly installed or is damaged, this might cause a leak. So if you can reach the U-bend, examine it for any damages. If you see any, seal them.

The reason: The water pressure in the supply pipes allows us to have an immediate, reliable and smooth water flow whenever we turn on a tap. However, if the pipes are damaged or haven’t been installed properly, the pressure creates a leak.

The solution: Most homes have pipelines between the building structures, so access to fix this kind of thing can be limited. If you are not completely sure that the water leak is coming from the main water supply pipes, run a simple test.

How to fix a leaking shower pipe:

Leave repairing the water supply pipes to a professional plumber, as this can be dangerous for an inexperienced person. 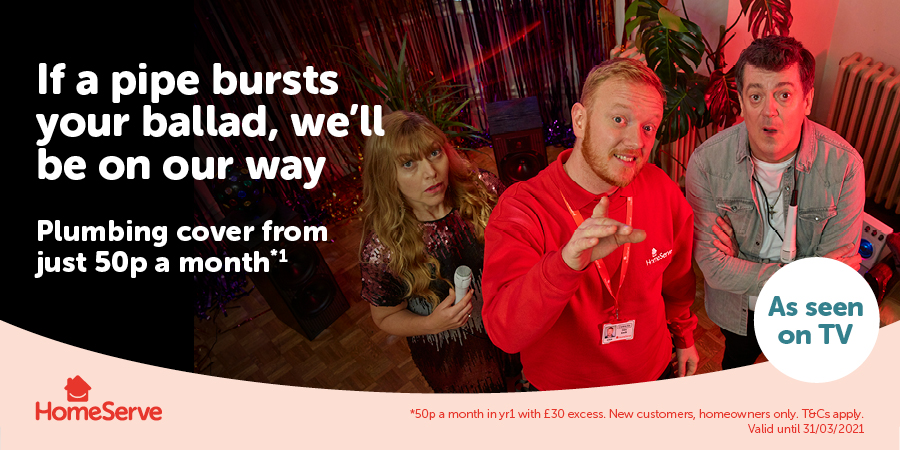 The reason: Shower trays are usually water-resistant, however, when exposed to any movements, they might start letting the water pass to the surfaces below. This can be caused by unfixed floorboards underneath the tray, a badly installed tray or faulty sealant.
The solution: If your problem is the sealant, you can easily fix the leak yourself:

If the source of your leak is in your shower tray waste pipe, then most likely you will have to remove it. Either get a professional to do it or:

Your shower is used sometimes several times a day. The motion of the water through the pipes and shower fittings and its impact on the floor of the shower causes vibration. You might also hear ‘water hammer’; a bang or thump when you turn a tap off. Water hammer is a percussive force caused by a sudden variation in water pressure within a pipe. It can also cause damage over time in the same way as vibration. Vibration and water hammer can cause things to work loose or to fall apart, like tiles and grouting.

Check for gaps in the tiles at every point in the shower – especially the join between wall tiles and the floor tiles. If you see cracks or gaps, you need to re-grout as above.

Unlike most other areas of your home, the bathroom is considered a ‘wet area’. So waterproofing your bathroom is critical.

Grout itself is a porous substance so, over time, water is absorbed through the grout joints and adhesive bed and then into underlying substrates. So the installation of a waterproof membrane provides an essential backup layer designed to keep water from leaking from a shower.

A shower will inevitably leak in circumstances where:

The answer to this one is to call in an expert.

Subtle or not-so-subtle movements in a home over time can also lead to a damaged shower cubicle and a leaking shower. Whilst it’s normal for a degree of settlement to occur, significant shifts can lead to damage to the shower recess and can cause a leaking shower. In this case, a leaking shower can be an indicator of much more serious issues.

Is it safe to use a leaking electric shower?

In a word – No. Electricity and water are not compatible. If you notice any leaks in your electric shower, immediately turn off the power fuse and call professional plumbers. In this case, DIY repairs could be dangerous and potentially fatal.

How to minimise the cost of shower leaks

Always attend to minor problems before they become major ones, and this could save you a fortune in the long run.

You can always ask us. Our professional plumbers will be on their way as soon as they can, so get in touch today.

What damage can a leaking shower cause?

The best-case scenario is you just have to replace some shower fittings, the shower tray or retile. The tricky thing about shower leaks is that the damage can be hidden, so to avoid permanent water damage and costly repairs, it’s important to prevent, detect and fully investigate shower leaks as soon as you can.

How do I know my shower is leaking?

Sometimes it’s obvious that your shower is leaking. You may see or hear a drip or a trickling from the shower fittings, or tiles may peel off the wall. Your shower tray may have a hairline crack. But there are many not-so-obvious causes that could be causing hidden damage to your home, so you must identify the cause.

Is it safe to use a leaking electric shower?

No. Electricity and water are not compatible. If you notice any leaks in your electric shower, immediately turn off the power fuse and call professional plumbers. In this case, DIY repairs could be dangerous and potentially fatal.

Should I repair or replace my shower?

5 ways to prepare your home for spring

5 ways to prepare your home for spring