There’s only one Tom Bradley

Tom Bradley is possibly the oldest kit man in all of the football league. Take a read of his inspiring journey with the Saddlers that kicked off back in 1986!

I think I must be the oldest kit man in all of the Football League. I’m 78 years young and I started way back in 1986 when I arrived at the club as an Assistant Physiotherapist. During those days, anybody who worked in football would have two or three tasks and so I helped out with the kit as well. I was kindly offered the help of two youth team scholars who would help with kit duty alongside playing football.  I had some fantastic times at Walsall and stayed there for 14 years until the year 2000.

I decided, seeing as I was 61 at the time, to retire. Advances in technology and modern techniques meant the landscape for physiotherapists was changing dramatically and I decided it was time for a younger man to come in and fulfil the role. So off I went into retirement but 14 months later the club contacted me to see if I would return. This happened two or three times over the next few years until I was forced to retire due to the illness of my wife in 2005/06. 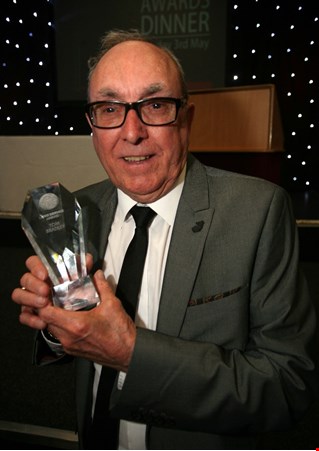 I nursed my wife for five and a half years, until she passed away in November 2011. I was extremely grateful, looking back, that Walsall invited me back to the training ground in March 2012. I shared my experience with the kit man at the time until he left the club and I once again assumed the role as the club’s main kit man.

It’s difficult to single out the most enjoyable aspects of being a kit man but I’d say there are two things. The feeling when you watch the players go out to train, knowing you prepared that kit for them and knowing they look smart gives you a bit of satisfaction. Then there’s match day, when it all comes together and it’s what everybody has been working towards all week. When you know everything has been prepared and organised and runs smoothly on the day, that is probably the most satisfying part of the role. There are challenges as well. I’d say the toughest part is when something goes wrong on a match day, or something is missing from the kit bag. But I’d like to think that because of the experiences I’ve had down the years I can put things right on the day. It’s like all things, when you do it over and over again you are ready for every eventuality!

The nicest kits, I have to say, are the latest ones. I thought last year was an excellent kit. It was a nice material to work with and the modern stuff doesn’t shrink which is the important thing. The style is much better than older kits too. I suppose the job is more about the people than the material.

Dean Smith never got flustered about anything when he was manager and I know Jon is the same. If a mistake is made, he doesn’t worry about it, nothing gets to him. He trusts me to do my job and knows I’m capable. I don’t think he even has to consider it because he knows beyond all doubt that it will be ready for the players. And the players are always very respectful. In all the years I’ve worked at Walsall, and this is no disrespect to any players who have come and gone, but the last few years have been the best players and most respectful players I’ve ever known.

My top tips for potential kit men and women is that rule number one is that you have to be dedicated to the craft and
devote a lot of your time to the club. This isn’t a job where you clock on and off at the same time. It doesn’t work like that. You come in until the job’s finished. I also would say that by working a day in advance you’re always ahead of the game. You have to be very prepared. The kit I wash on a Monday will be ready for Wednesday so if ever I am not here or ill they’ll know it will be ready. What makes you efficient is the preparation for the next day and day after that.

I shall carry on as long as I can or as long as they want me to. It’s so exciting and rewarding to be a part of and I’m truly privileged.

Father's Day gifts for those who love to garden