The language of flowers

‘Light footed lads and rose lipped girls of the Victorian era could be found consulting pretty little dictionaries as they examined posies of flowers or floral gifts to decipher their hidden meaning.’ Out of Africa, 1986.

Floriography, a means of cryptological communication through the use of arranged flowers and plants, also known as the language of flowers was a craze that swept Victorian Britain allowing anyone to send a bunch of flowers filled with symbolic meaning. Sentiment was not easily expressed directly in the Victorian era. Thus a carefully selected bunch of flowers could let your beloved or just a dear friend know how you were feeling. There was a sudden boom in Language of Flower books, each suggesting that if you wanted to express your young love then you could use white roses or if you were feeling jealous you could send yellow hyacinth. 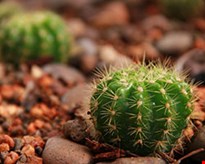 We have been attributing meaning to flowers for far longer than the Victorian era. China, Japan, the Middle East and ancient Roman and Greek cultures all used flowers as symbols. For thousands of years some form of floriography has been practised in traditional cultures around the world. The Hebrew Bible is deep with floral symbolism, particularly in the Song of Songs, where flowers, trees and fruit are used to symbolise both love and lovers. Hanakotoba is the Japanese form of the language of flowers. Here plants were given codes and passwords to convey emotions and communicate directly to the receiver without the need for uttering a single word. Apparently, an amaryllis means you are shy, bluebells that you are grateful and somewhat surprisingly, cactus means you are lustful. A red camellia means you are in love, perishing with grace, a yellow one deep in longing and a white one, waiting (perhaps for an answer to your cactus).

It would make sense to assume that everyone understood a somewhat universal language when it came to flowers, but there was as much whimsy. Although there has always been an inclination to associate flowers with sentiments or virtues, there were many sets of meaning and in the Victorian era there were so many popular books on the language of flowers that everyone was liable to get very confused.

Unfortunately, there was such a wealth of emotions to express and too many authors trying to express them that it all became very confusing. It appears that many of these books were merely glanced through rather than being actually used. Different books often gave different meanings to different flowers and unless everyone was on the same page, quite literally, then any attempt to ascribe meaning could end in utter confusion.

So if you are sending a bunch of flowers this Valentine’s or wish to give a plant to a beloved, what hidden message is behind your gift?

Universally, everyone agrees that a rose symbolises love, and a red rose, a deep, long lasting one, whereas a white rose tends to be about blossoming, young love and that your suitor is worthy of you! On the continent myrtle is also given to a true love and in France, giving lily of the valley is a sign that you have found your true love. 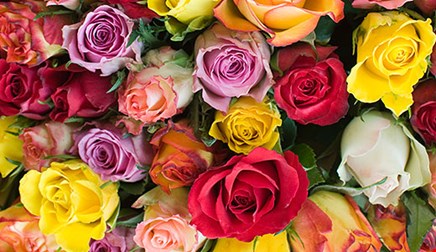 There are a number of seasonal plants that are easy to get hold of in February that could make the ideal gift. A great big bouquet of daffodils symbolises new beginnings and jonquil daffodils in particular are saying “I desire a return of affection.”

You could go to the woods and pick some wood sorrel, which is just starting to appear and this would symbolise joy. Lesser celandine, that tiny bright yellow early spring flower as pictured below, symbolises that there is ‘joy to come’, as do snowdrops. Early irises symbolise a cherished friendship and pansies that you are deep in thought about someone. Purple heather means that you have a great admiration for the recipient, also that they are beautiful and that you respect their solitude. 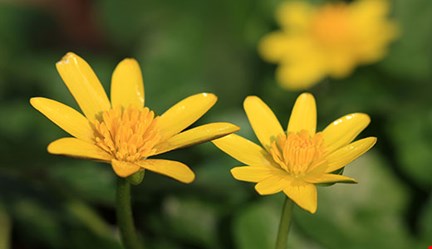 Just think carefully about giving hellebores because these mean that there’s a scandal a foot. However there’s plenty of Japanese quince out flowering now, you might even have some in your front garden and this symbolises ‘temptation’, so if you’re looking for a kiss from a potential date, this might just be the thing to send this Valentine’s.