From almost losing everything in 2013, in just over two years Skint Dad has managed to turn his fortunes around. Follow his blog for all his ideas on how to save money, increase your income and manage your finances.

For many years (pretty much most of my adult life) I struggled financially and just managed to scrape by – if that’s what you can call it. Then, in September 2013 things came to a head and my wife and I, along with our children, were faced with the really serious prospect of losing everything.

The problem was that we had been burying our head in the sand for so long and had accrued so much debt that it eventually caught up with us. Faced with very little money in the bank, hardly any food in the cupboard and bailiffs chasing us for numerous debts which amounted to over £40,000, we were on the verge of a complete financial meltdown!

Right at that moment we had a choice: survive or not survive. It really was as simple as that. What made it harder was the fact we got to this point and had not done anything about it previously. I suppose that by ignoring letters, not budgeting properly and handling our affairs badly, we just thought that the problems would go away on their own. The naive belief was that if we didn’t actually think about it, it would go away.

Anyway, at that point, my wife and I decided that we were going to take control of the situation. No more hiding away from problems, pretending everything was hunky dory. We would make the best of a bad situation and start to rebuild our lives and boy did we! From that day on we completely changed the way we lived our lives. It was like a light bulb went off in my head and instead of running away from our financial problems, I faced them head on.

First up we had to take stock of the serious situation we were in. Straight away we gathered every penny up and went food shopping. There was still a week until payday and with less than £7 we managed to buy just enough food to see us through until then.

Next we took the uncomfortable step of working out exactly how much we owed and who we owed it to. It took us a good day and a few evenings but we had a complete list. The next step was obviously to see what money we had coming in over the month, what bills we were paying on a regular basis and if we could cut back.

Once we knew where we stood financially we could finally, for the first time see what steps we needed to take. It was empowering! We cancelled our TV package, got rid of unnecessary subscriptions, changed utility providers and started to live a more frugal life.

At the same time I was also documenting everything we were doing on my blog Skint Dad. It was quite motivating – and equally shocking – when people would leave comments of encouragement or email to say they were in a similar situation.

It didn’t get better overnight but – slowly but surely – things did improve. We still had this massive debt over our heads although now we were in control instead of the debt being in control of us. We had contacted each and every creditor and set up a payment arrangement which they were happy with.

We didn’t promise more than we could afford but we did show willing to pay it back, making additional payments to pay them off quicker as and when we were able. 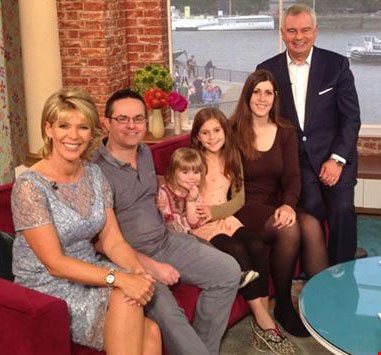 After cutting back all we could we didn’t stop there. Now was the exciting part as we were back on our feet, makers of our own destiny and had a set of realistic goals to aim for. The next stage was to increase our income and this meant second jobs, decluttering our house and selling unwanted items on eBay and the like and just looking out for money making opportunities.

At this point I was even starting to make money through my blog. From its humble beginnings where I just had a handful or readers following my journey of being a Skint Dad, there were now thousands of people reading my blogs every month. Not only now do I spend my time finding new ways to cut back and try to make more for me and my family, I share what happens on the blog in the hope others can use or adapt what we do to save money themselves.

Being a Skint Dad (or even a Skint Mum) is now not just about having no money. It’s about not having much money after the bills are paid and we’ve been able to have a day out with the kids – without breaking the bank.

Instead of paying full price, I find ways to cut the costs and still get to do the same things. If I can find it for cheaper then I will not pay full price! We count our pennies wisely but don’t stop having fun. We live to the max but have made it clear that we do not want to live without.

From almost losing everything, in just over two years I have managed to completely turn our fortunes around. From becoming the UK’s Smartest Shopper, winning the award for Best Money Saving Blog in the UK and even chatting to Eamon and Ruth on the couch of This Morning, I have proved that whatever situation you’re in, if you want to make a better life for yourself you can and you will. You just need to go for it!

Skint Dad is an award winning blogger who was faced with the prospect of a financial meltdown in 2013. After almost losing everything, he managed to turn his fortunes around in just over two years. Follow his blog for all his ideas on how to save money, increase your income and manage your finances.