From storyboard to screen

We teamed up with award winning director Jessica Ashman to bring you some festive fun. Discover how Jessica helped bring our vision to life through the world of animation.

Last year HomeServe asked me to create a short animation about Christmas, and this year if I’d like to make another two – one film about Christmas and one about New Year. The process of making both films for HomeServe was quite a long one – working as the designer, animator and director of both projects, a lot of preparation and work went into the final result.

The creative process began with a brainstorm on the designs and themes of our films. The idea was to introduce a family who are helped by HomeServe at one of the busiest times of the year… Christmas! We wanted to stick with the same family within our creative this year to give us the opportunity to develop more of a story around them in the future.

Once the team at HomeServe and I had decided what the idea should be, I storyboarded the ideas for the two films, to provide everyone with a visualisation of what the final films would look like. Storyboards are essentially like comics – each panel tells you a new part of the story and they’re used regularly in the animation world. 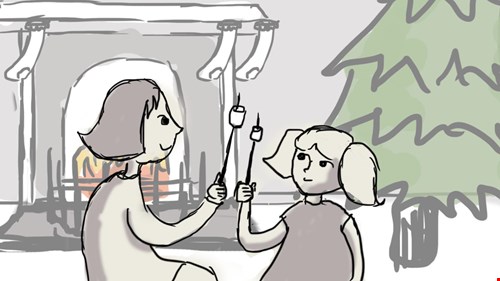 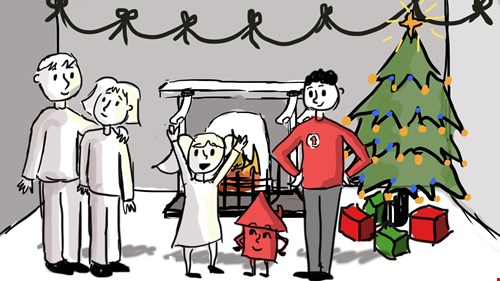 Last year, I handmade small wooden animation puppets for the Christmas animation. This year, due to the idea being slightly bigger in scale, I decided that flat, paper models would be a good idea. This design meant I could make a lot more characters quickly and create a lot more backgrounds by hand too. 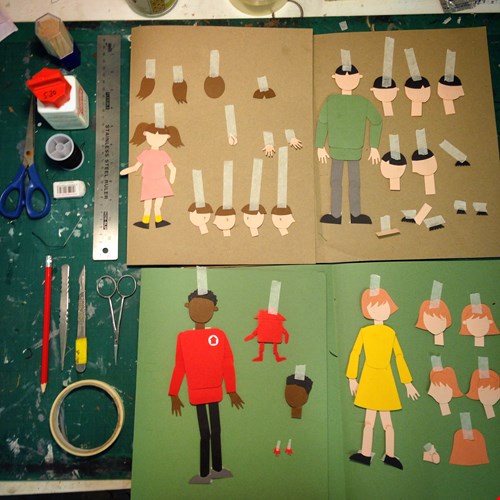 This type of animation is called ‘cut-out’ animation. The process involves paper models being animated on a flat surface with a camera looking down on the scene. The surface in particular is called a ‘multi-plane’ – it’s basically a glorified set of shelves made out of glass or Perspex, that allows ‘layers’ of images to be built up on top of each other, very much like a theatre set! 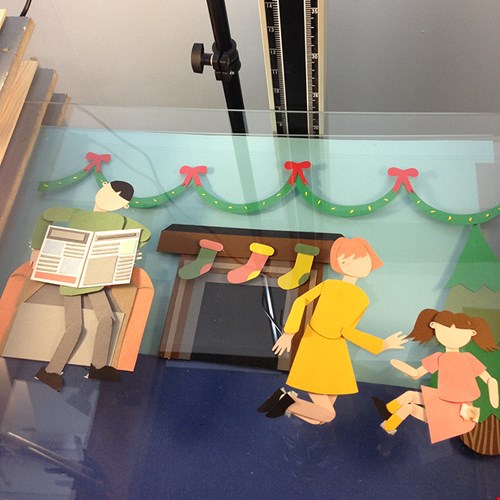 All in all, the whole process to make the two films took 10 weeks, from design to making to editing. I hope you enjoy the final result!

How to prepare for tiling