When Tim M. thought about purchasing an electric vehicle, he thought about two things: setting an example of sustainability and camping.

He had spent several years working at the Office of Environmental Sustainability in Milwaukee, and, prior to that, two decades at one of the largest energy utilities in the state. He was well-aware of the benefits of having an electric vehicle and its impact on the environment.

"I wanted to have an electric vehicle as an example for others and to do the right thing, and the second thing was I just wanted to camp in a (Tesla) Model Y," he said.

Tim carefully considered the pros and cons of purchasing an EV, including range anxiety.

"Range anxiety is something that has entered our vocabularies,” he said. “I had more anxiety that (Teslas) don’t come with a spare tire than I had about the range. It has a range of 313 miles, so it’s not like I was buying an inexpensive car with a range of 200 miles where I couldn’t get to Madison, (Wisconsin), and back."

His work with the Office of Environmental Sustainability meant that he was aware of the efforts to install public EV chargers in the city as early as 2013, utilizing stimulus funds earmarked for that purpose by the federal government. However, once Tim had put his deposit down on his Model Y in January and was waiting to receive the delivery of it, he started looking into having a home charger installed.

"My background is in energy, and I knew, last year, that there was a pilot program with my utility about to happen, so I Googled it, and there it was," he said. "One click and I found out all about it."

We Energies is offering an EV charger program, in collaboration with HomeServe, that allows homeowners to have an EV charger installed in their home and have the installation costs added as an easily budgeted add-on to the monthly energy bill. If the charger needs to be replaced, it is replaced at no additional cost. The program also includes EV charger exclusive time-of-use rates for qualifying homeowners. HomeServe also is offering homeowners who participate a free, 12-month internal electric emergence repair plan.

When Tim made the decision to install an EV charger, he knew he’d have to upgrade his home electric service to 240 volts to accommodate charging his new vehicle, and this "make ready" work cost him $1,600. And, of course, he was making a large purchase with the EV itself. Given all the money he was spending, he was glad that the cost for the installation and maintenance for his charger was spread out over several easily budgeted monthly payments. Even more so, he appreciated the convenience and communication he received through the program. 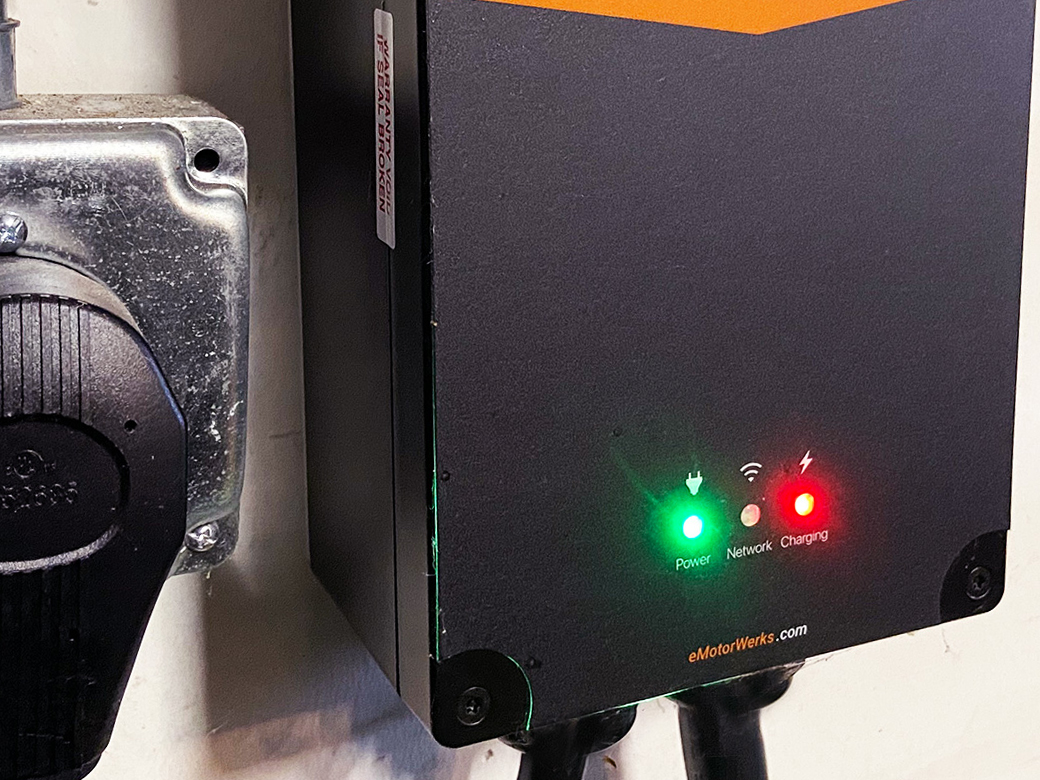 "I would give HomeServe’s service a 10," he said. "It was very easy. (HomeServe) sent out a great local electrician, and everyone in the program was excellent."

"The electricians they sent out were very sweet guys. Once it was installed, I was walked through installing the app and getting it linked to the charger in layman’s terms. They followed up afterwards to make sure everything was OK. They cleaned up after themselves and the charger works great"

"I’m planning a trip to Miami," Tim said. "The Supercharger route is beautiful. Charging anxiety is not much of an issue for me – it’s just the Western U.S. and more remote areas give me pause."