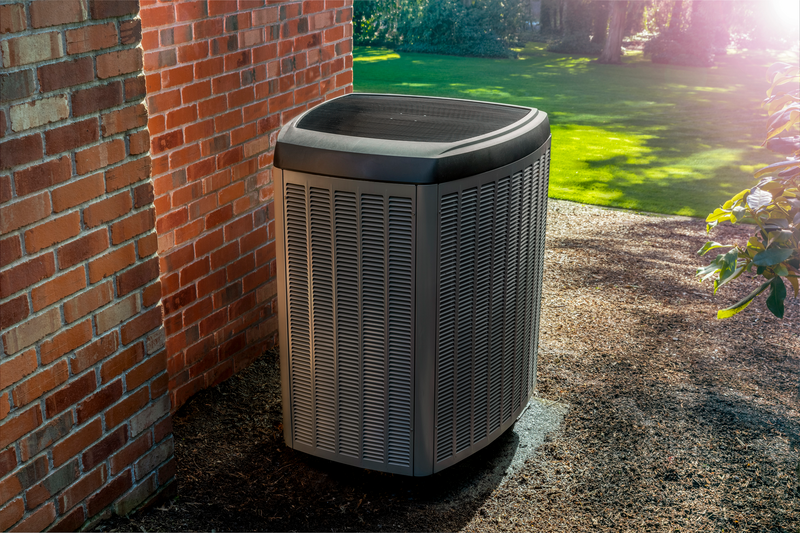 However, it was the tail end of spring, and she was still using the furnace. Maybe the unseasonable cold was the problem. But just a few weeks later, Carol turned on the air conditioning and noticed that, although the fan was working, the air wasn’t cool.

The first thing she did was call her energy company, Southwestern Electric Cooperative, to find out if anything had changed on their end. It hadn’t, so she faced the reality: Her heat pump, which provided both her heating and cooling, failed at the very beginning of the summer season and she was without air conditioning.

“The installers came out and looked at it and said it was the compressor,” she said. “Since he was a young man, relatively new, they sent another, more experienced technician and he confirmed it.”

The estimated cost to repair the heat pump was more than $3,100, and the unit was less than a decade old. Carol and her husband are semi-retired, their income consisting of Social Security and part-time work. The cost to fix the heat pump represented a significant portion of their annual income.

“Thank you so much! I just want to cry I am so happy. Your company is a lifesaver!”

“I was searching to find the money to replace it on Social Security,” she said. “I have a small retirement, and I could have gotten a withdrawal from that, but that’s for our retirement, when we’re older. It would have taken a big chunk out of it.”

She wasn’t as concerned about herself – she grew up without air conditioning – but her husband had a health issue that was worsened by the heat and she was worried about her grandchildren.

“We’ve been keeping some of the grandkids and are driving them around,” Carol said. “They’ve never lived without air conditioning.”

Carol was doing more strenuous chores around the house early in the morning to beat the heat, but she knew that, for the sake of her husband and grandchildren, she needed to get the heat pump fixed.

“I don’t have any air,” she said. “Outside, it’s 95 degrees, and it’s 83 degrees in the house, and I’ve got six fans running – four in the living room, one in the kitchen, one in the bedroom, and we’ve got a dehumidifier running so we’re not dying.”

So she reached out to Southwestern to find out if there was anything the co-op could do to assist, and Southwestern had an answer for her.

“They reached out and said, ‘we have this partner, HomeServe,’ she said.

HomeServe is a leading provider of emergency home repair plans, and, as part of our partnerships with utility providers, the HomeServe Cares Foundation provides pro-bono emergency repairs for qualifying homeowners. Southwestern helped make a connection between Carol and the Foundation, and the Foundation agreed to take on the compressor repair for Carol and her family.

“Oh my gosh, it was just intense, intense relief,” she said about learning that the Foundation would handle the repair.

HomeServe’s customer experience specialist Regina P. reached out to Carol, explained the process to her and the Foundation dispatched a local, licensed contractor to handle the repair to get Carol’s air conditioning up and running.

“Mathy Heating and Air Conditioning Inc. was here today, and we have cool air again!” Carol said. “Very nice repairmen and quick. Thank you so much! I just want to cry I am so happy. Your company is a lifesaver!”