She and her son lived with her father in his Lockport, New York, home. Her father diligently worked two jobs to help his daughter support his grandchild, despite a series of tragedies and setbacks, including the loss of her partner and her son’s illness.

To combat potential lead contaminates, the family’s home was repainted and windows replaced through a county-wide program to reduce lead exposure in low-income homes with small children. Lead paint is a major contributor to lead poisoning and studies have shown that replacing windows can reduce lead dust in the home.

So, it had already been a difficult year for the family when their yard began getting oddly wet and muddy.

"We first noticed that there was water out in the road," Gabrielle said. "It was hard to get into the road and we had complaints from the neighbors as well, so our grass was all mushy, muddy and nasty, so we needed help for sure." 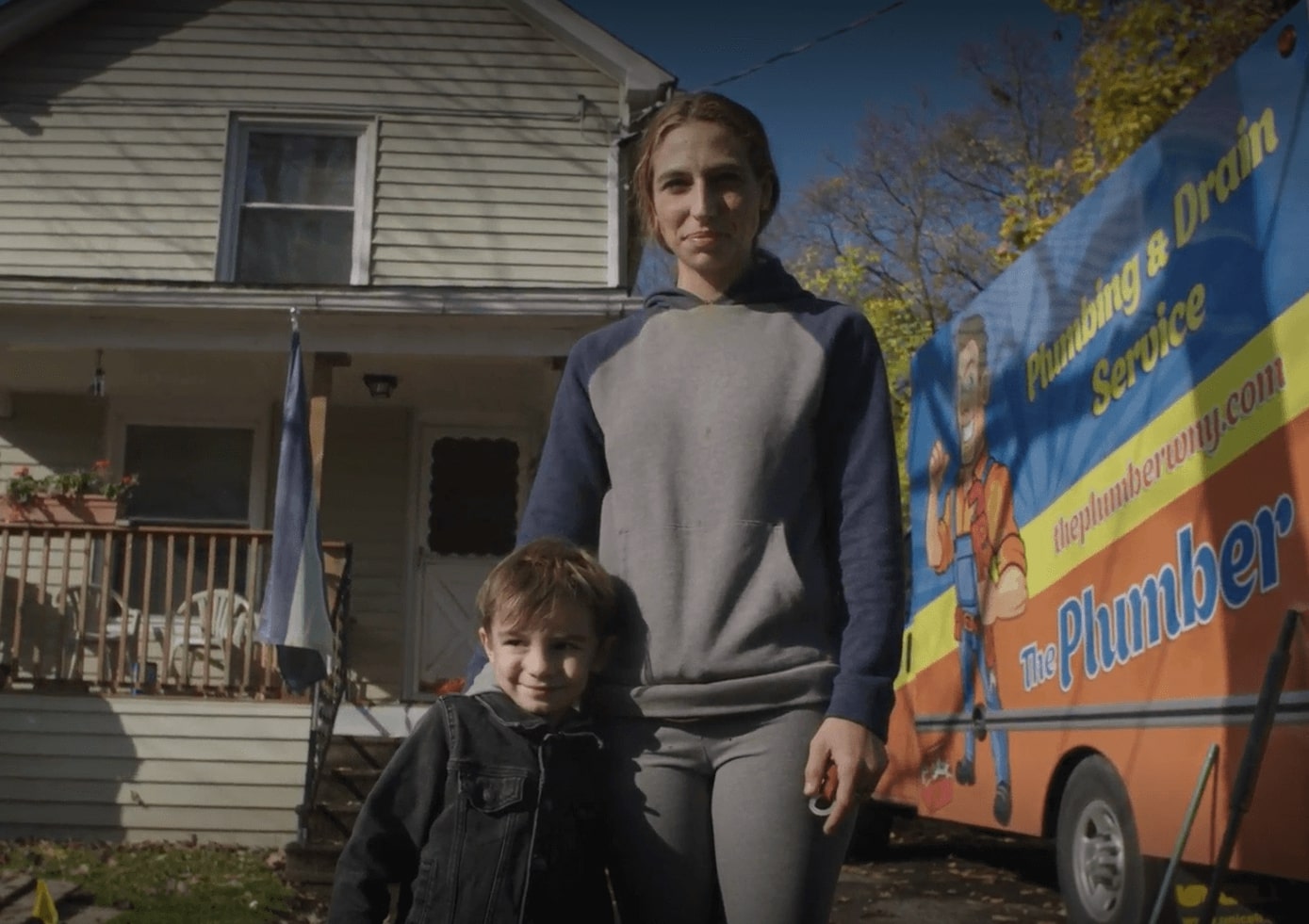 The City of Lockport Water Department informed the family that their service line was leaking, and they would need to make a repair in a particular time frame to avoid wasting huge amounts of treated drinking water. Gabrielle was surprised to learn that she was responsible for maintaining the service line and that she would likely need to hire a contractor for the work.

"I did not know the service lines were my responsibility. I thought it was the city’s responsibility. When I realized it was mine, I got scared, I got frightened," she said. "I didn’t know whether or not I would be able to take care of it by myself. I thought I wasn’t going to be able to afford it and was going to have to find some random buddy to help me out."

The family turned to The Plumber Heating and Cooling of Lockport for help.

"We came on site, found that the service line was leaking, and it needed a full line replacement," Joel Tucciarone, The Plumber General Manager, said. "We discovered by talking to the water department that the customer does have a lead water service coming into the home. Lead water service piping is obviously not safe."

This was more bad news for the already beleaguered family, because such a replacement can cost between $8,000 and $10,000. Nor was this something the family could put off and, because the line was lead, a spot repair wasn’t possible even if they wanted to pursue that option.

"By code, the lines are required to be replaced if they do have lead," Joel explained. "That’s a state and federal regulation that we have to replace the line entirely. It’s not safe to make a repair on it, because the lead particles end up in the drinking water."

Joel knew he had to do something to help this family and make their drinking water safe for consumption, so he called on the HomeServe Cares Foundation. As HomeServe network contractor, Joel was familiar with the foundation, and its work, which includes providing free emergency home repairs affecting safety, sanitation and quality of life.

"HomeServe Cares is a foundation that they put together for homeowners who don’t have the finances, don’t have the means to take care of this out of their own pocket," Joel said. "Being that a young child is in the house, that’s when we decided to reach out to HomeServe Cares and let them know of the situation."

The foundation agreed to cover the cost, and Joel and his team got to work.

"I did not have the money to address these issues when they first occurred," Gabrielle said. "I was elated when I figured out that HomeServe would cover the cost of these repairs."

Removing another source of lead in the home will help her son’s health improve as well.

"My son actually has lead poisoning from this lead water line, so we are getting a lot of good things out of this right now. If HomeServe hadn’t offered this help, I don’t know what I would be doing right now. Thank you, HomeServe, for your help."