A Woman's Work: Skilled Tradeswomen on Being Among Few Who Do What They Do

If you called for, say, a plumber, or an electrician, or maybe an HVAC specialist, and a woman showed up to do the job, would you be surprised? You might be if you didn't already know how few women work in these male-dominated professions.

This May Also Interest You: Reasons to call a Professional Plumber

In 1948, women comprised little more than a quarter of the American workforce versus today when the split with male workers edges ever closer to even, according to figures from the Department of Labor's Women's Bureau. But while women continue to close the gap in other employment sectors, the skilled trades associated with the core functions of home improvement and repair remain overwhelmingly — almost exclusively — male.

That plumber who showed up to fix your burst pipe? She's among just 1.6% of women in the field, according to the Bureau of Labor Statistics. The electrician who came to swap out your old breaker box? She's among 2.4%. The HVAC specialist who restored your air conditioning in the dead of summer? 1.2%.

Now, we don't exactly need Annie Oakley singing "Anything You Can Do (I Can Do Better)" or a "We Can Do It!" poster on the wall to know that women can flourish in these professions. The question is why don't they?

Yahoo CEO Marissa Mayer, featured on Forbes' America's Self-Made Women 2020 list alongside her estimated $600 million net worth, speaks to the hesitance many women likely feel about taking a professional leap of faith.

"I always did something I was a little not ready to do. I think that's how you grow," Mayer was quoted as saying. "When there's that moment of 'Wow, I'm not really sure I can do this' and you push through those moments, that's when you have a breakthrough."

But one needn't be a wealthy Silicon Valley mogul to drop knowledge on the challenges women face in the job market — particularly when it comes to navigating the boys' club of the trades. In honor of International Women's Day and Women's History Month, we asked some skilled-trade professionals to share their experiences and insights into how they came to work in their respective fields, why they love it, and what can be done to address the disparity in representation. 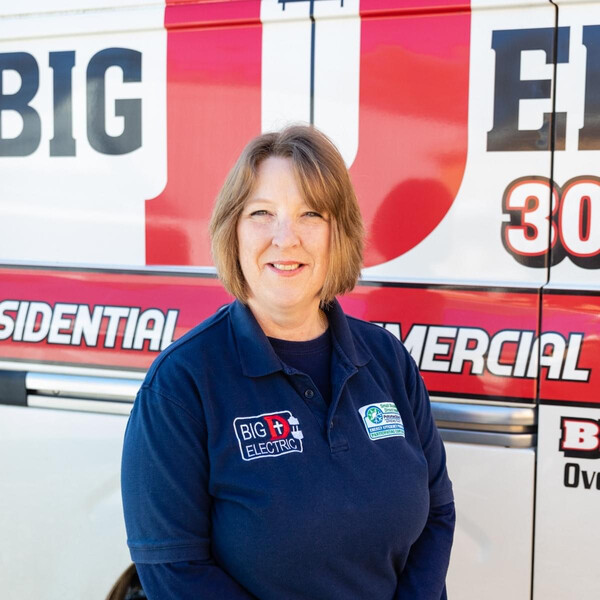 Delozier is the owner of Big D Electric and Grace Built Home Improvements in Cumberland, Md. She is a master electrician by trade, specializing in residential and light commercial electric and home improvement projects. She has been in the electrical field since 1990, when she started as a "lineman" with a local utility company. 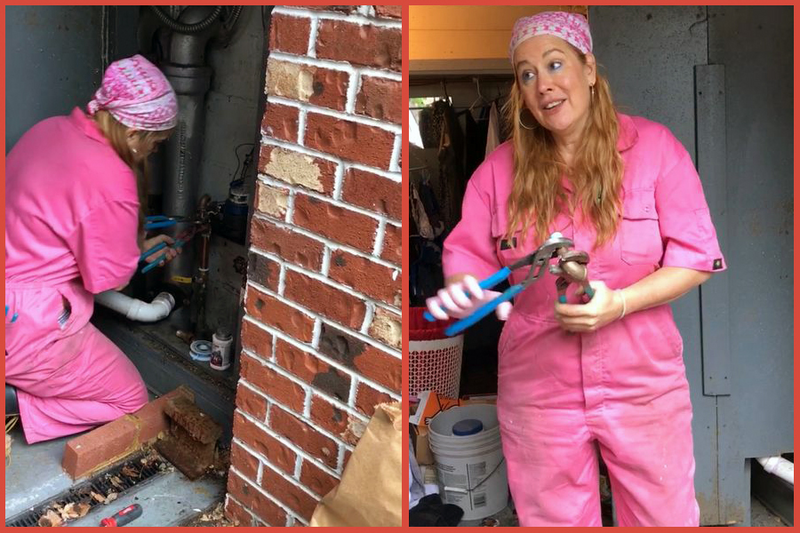 O'Grady is the owner of O'Grady Plumbing in New York. She is a second-generation plumber.

Young is the owner of Young's Water and Sewer in Howell Township, N.J. Young has been in the plumbing and underground-utility business for about 16 years.

How did your involvement in the industry come about and what is your attraction to it?

Betsy Delozier: I have owned my own business for the past 16 years after leaving the power company in 2005. My attraction came as I saw a real need for electrical work in our area and a lack of reliable people to perform it. Same goes for starting the home improvement aspect of my company. One door opened upon another and soon I owned two businesses.

Josephine O'Grady: My father came to America on a boat. He was an immigrant. Like every immigrant back in those days, he was pretty much penniless. He went to a plumbing apprentice school in New York City. In 1977, he got his license. When I was 10 years old, he would take us all to work with him — my sister, me and four younger brothers. I'd say, by the time I was 12, pretty much all of us were able to install toilets, sinks, stuff like that.

We were in the family business for many years. I had my daughter when I was in my 20s. I was basically a stay-at-home mom back then. Then, I returned to the plumbing business full-time after that.

Kim Young: My ex-husband was a specialist in water and sewer through New Jersey American Water. I learned a lot from him. He's also my business partner. I own the business.

I love to help people with water and sewer. When people are in emergencies and not sure what they need to do, I know a lot about the plumbing world from doing it for a long time. I just love helping people.

Why do you feel the numbers of women in the home maintenance and repair fields in general are so low?

Delozier: I would assume, for most women, it is basic fear: fear of rejection, fear of not being taken seriously, fear of the unknown, really. It is unfortunate that many women rely on a man to do what they, themselves, could do, if they only tried. I couldn't tell you how many times I felt completely intimidated in this field only to find out that people actually didn't perceive me as what I thought about myself, at all. But it was the fear in me that held me back.

O'Grady: My sister was actually the first female plumber licensed in the city of Yonkers, N.Y. … I think it's a little tough being a female in the trade. I think you have to earn your stripes a little bit more than the guys.

There are probably a multitude of reasons (why there are few women in the industry). One is that it's not pushed: What parents tell their child — a girl — to grow up and be a plumber? They tell girls to be a schoolteacher, a nurse or a traditional sort of job. And, even if they did, it's very physically demanding. You also don't want to see your child beat up later on in life.

The reality is, there are still a lot of barriers. I had a helper once on a job in New York City. On a technicality, he wasn't supposed to touch a valve, but I was. He's 6 inches taller than me, and I couldn't reach the valve. I asked, "Can you do me a favor and turn that valve for me? It's right there." And he goes: "That's not my job." He was right; it's not his job. So, for me to get that valve turned — where the other guy could have just stood there and turned it — I had to go and get a ladder. It was just an extra hour. Stupid silly challenges like that.

Young: There's a misconception by plumbing inspectors, thinking that women don't have the knowledge or the understanding, or that we don't actually, physically do the work. But me, for example, I oversaw all the work.

I kind of think it's almost like "My Cousin Vinny" when Marisa Tomei was the car expert as a witness. Most people looked at her like, what do you know as a woman? But she knew everything about it. And that's who I am.

I know everything about plumbing — everything about codes, upgrades, what needs to be done on underground utility. I take a lot of due diligence to work with my guys, oversee the sites, see what goes on.

What could or should be done to attract more women to these fields?

Delozier: Women showing and helping other women that they can do it. And those women having the confidence to step out and learn a trade. Women are less intimidated when they are taught by other women.

Young: I went to get my plumbing license and I found out that, like the state of New Jersey (for argument's sake) there are only two real licensed plumbers who are women. I think women are more misunderstood — that we're afraid to get dirty, or what do we know about plumbing?

I find that, if women took the opportunity to find out more, do more research and be more hands-on, there would be more women in this field. I believe women can do anything. Women are capable of being multitaskers. They're better at communicating, better at sitting down with people to go through the details.

I would definitely tell women that anything is possible if you dedicate your time and understanding to a field or to a job path to really help people.

Do you feel that a greater percentage of women in these fields would be beneficial to both businesses and customers, as well as the industry at large? Why?

Delozier: Absolutely! Women see things way different than men. They can multitask, make decisions and bring new and refreshing ideas. Men see things in black and white, while women bring ideas to life. One thing I learned is that I would never be as strong as a man, but I could find tools and ways of accomplishing like tasks just the same.

O'Grady: I worked at a community college for a while. So, if there was a problem in the ladies' room, they now had a female plumber that they could send in without shutting down the bathroom. When You have a ladies' room with eight stalls in it, the men didn't want to go in there.

It's a benefit in terms of giving women the independence and the ability to earn a fairly decent living on their own.

Young: Being a woman-owned business in the water and sewer industry — it's been a tough go, especially when you have plumbing inspectors saying, "Oh, a woman owns the business? How do you know so much?"

I was definitely put to the challenge about five years ago … when I had to run the business myself. We actually tripled our numbers and got a better reputation. I think women spend more time on the details of explaining things to customers. The customers feel safer when they really have knowledge and understanding of what comes next. I love doing that.

Any other points you'd like to make on this subject?

Delozier: I love what I do every day. It is always fresh and new, and there are always challenges you have to work through. That is what makes my job the best. My hope is that, if you're a woman and reading this, that you won't be afraid to try. It's hard, yes, but the rewards of seeing what you can accomplish is the greatest feeling in the world!